Hole constructs the foundation of her sculpture at the Cary Arts Center, Cary, North Carolina, 2012.

An excerpt of an interview by Ben Carter, transcribed by Heather Wang, and edited by Elenor Wilson.

In February of 2016, Danish ceramic artist Nina Hole died. I had the great fortune to interview her in her home outside Skaelskor, Denmark in 2012. She was a bright light in the ceramic community and a force of nature with her monolithic wood-fired sculptures. With the help of building teams, she constructed towering forms that were fired in place and unveiled at their peak temperature. Her “fire sculpture”s have been built in a variety of urban and rural settings in Mexico, Denmark, Australia, the United States, and elsewhere. --Ben Carter

Ben Carter: I want to talk a little about religious architecture because I know that has informed your work. What was the beginning of that for you? 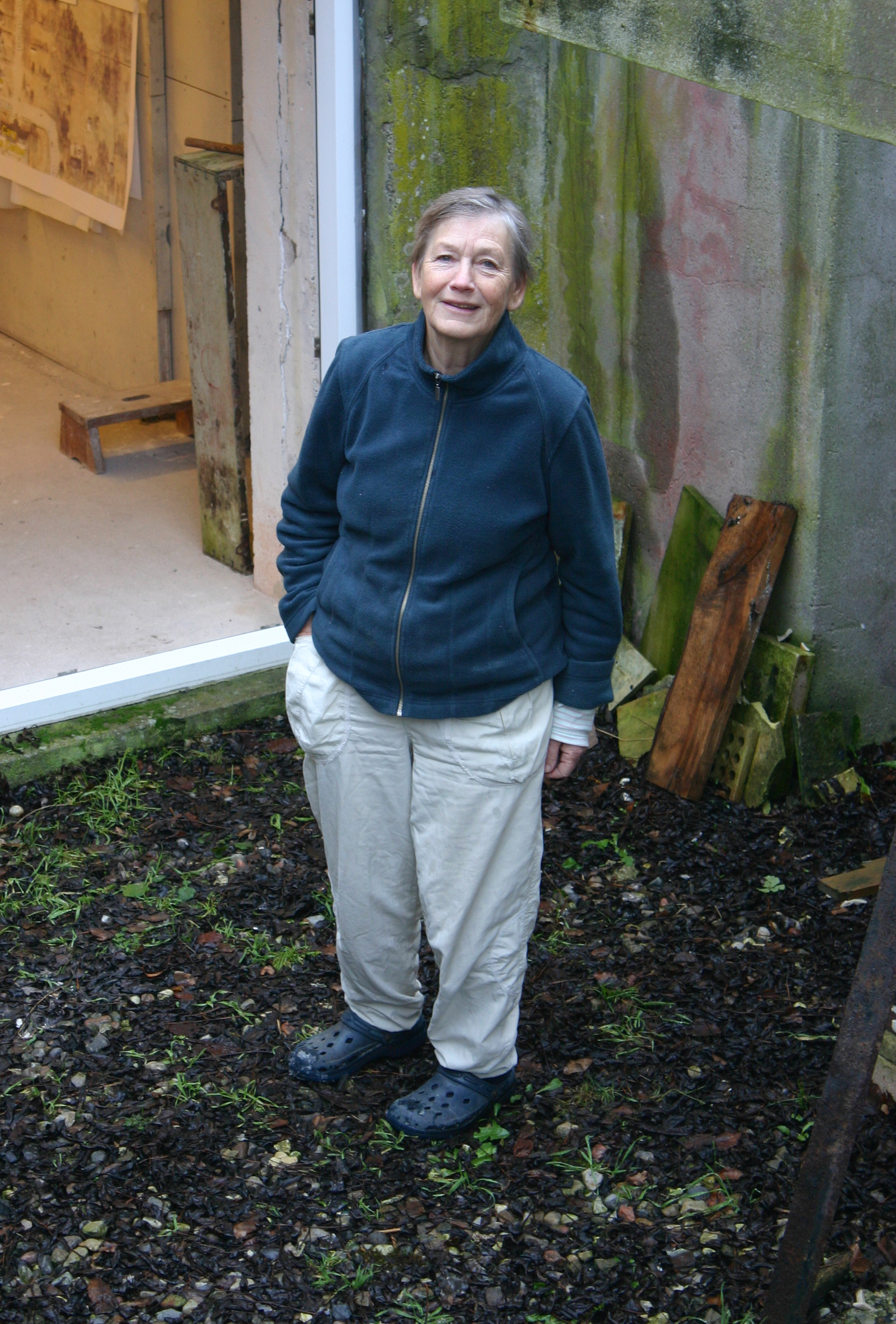 Nina Hole: It really comes from my childhood. My father was very much into religion, because he came from the north, North Jutland, where they have a very strict kind of religion. You’re not supposed to have fun and dance, and everything that is fun is a sin, almost. It goes with people that are seafaring people, because their life was so hard. Everybody had lost people to the sea. So they thought they needed a religion that fit the harsh environment they grew up in.

My father broke out of that. He was so interested in religion that he studied all kinds. We always discussed that in the family. We were always questioning it: “Why do you have to do this sort of thing?” So, I’m sure I inherited that curiosity from him.

BC: Do you feel like that is a Danish trait, to be questioning of religion or belief?

NH: It surely is. You know, we have a famous philosopher, Søren Kierkegaard, whose whole work was about questioning religion. It’s actually fascinating to read it, even today. So, yeah, it is part of our past. Usually when you meet Danes, they say they are not religious, or that they don’t go to church, but religion does mean something for them, it’s just that its not formulated.

BC: Growing up, did you go to church as a worshipper or as a community participant? 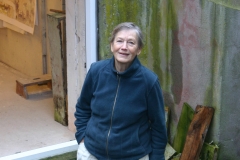 Nina Hole was a Danish artist, sculpture and performer who formed a critical a link between the American and Danish ceramic traditions. She helped to found the CLAY Museum of Ceramic Art in Denmark and the International Ceramics Center at Guldagergaard. She is best known for her “Fire Sculptures” and her references of architecture in clay.