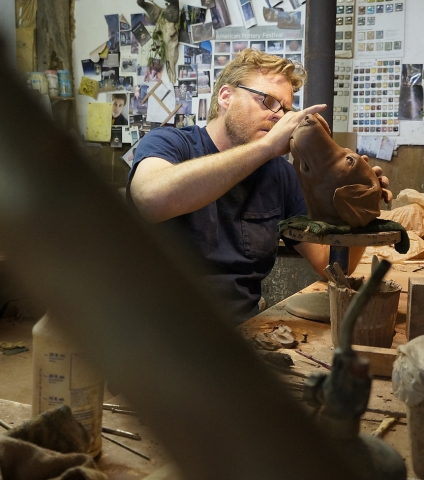 I was raised on the outskirts of Palm Springs, California, in what we called the "boonies." We had only three channels on the TV and they came in fuzzy. There wasn't much to do but wander the desert with my .22 caliber rifle, shooting things, mostly jackrabbits and cottontails. My dad was a gardener to the stars and the elite of Palm Springs. In my formative years, I mowed the lawns of Steve McQueen, Ally McGraw, Barry Manilow, Liberace, and others. The architecture of most of these houses was mid-century modern and, at the time, I didn't appreciate being intimate with these spaces that were designed by famous and architects such as John Lautner and Hugh Kapture. Looking back, there might be a relationship between my interest in art-making and my early life experiences with the line, pattern, and texture of these stunning built environments. Coming from a blue-collar background, I assumed I would be doing some form of manual labor since I was raised to believe that true manhood and labor go hand-in-hand. Even though I wasn't raised to think of academics as a viable option, I went to college anyway. There, I took a ceramics class and that changed everything. Now I am an artist, an associate professor of art at Southern Utah University in Cedar City, and the founder of ShapeTheoryCollective. 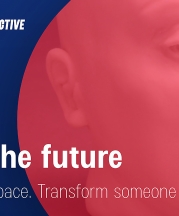 Taking Action Against Hypocrisy
Then, the Last Prisoner Project came onto my radar. Their purpose is to free the 40,000-plus nonviolent prisoners who are in jail for cannabis. These nonviolent offenders remain in jail in states where marijuana is now legal.
Read More