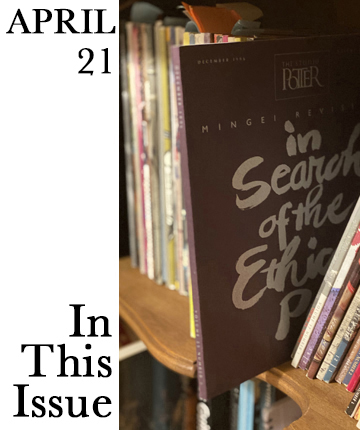 If you want something you have never had, you must be willing to do something you have never done. Words spuriously attributed to Thomas Jefferson, the sentiment seems to have started showing up in our collective consciousness around 2004. Even though the origin is unclear, the sentiment feels incredibly relevant today. Having had the opportunity to sit on and organize juries, one of my goals was to try and figure out how to retain quality and rigor while making way for a new and undefined aesthetic in the field. Inviting jurors with variegated pedigrees who jointly represented a broad demographic was one way of doing something that had never been done. However, the measure of – the definition of – quality and rigor seemed to persist, regardless of the journey any given juror took to arrive at their position of reputable respect. We had conversations about the quality of images, meaning we had conversations to clarify that the decision being made was not about who took the best images of their work. The decision being made was about who was exhibiting the most interesting potential and spark. Looking back, I know we were trying to do something that had never been done in order to achieve something we had never had, but now the effort seems feeble. Feeble because we were trying to preserve something at the same time we were trying to generate something new. It takes one of two things to really shift a paradigm. You have to either be courageous or you have to be so fed up there is no other option but to completely scrap the old paradigm and start fresh.

This month we give you five stories of people doing just that.

Apotheosis of the Toiler

A new animated comic from Richard Nickel for Studio Potter about the life of Adelaide Alsop Robineau and her masterpiece, The Scarab Vase.

“My goal is to get handmade ceramics into the hands of as many people as possible, preferably people with little experience of clay or the tenets of craft. I believe we are in an unprecedented period with many beneficial avenues of opportunities available for artists.”

Let There Be Light in the Fire

“I am fascinated with the laser beam as a heat source and how it ‘fires’ the red clay surface, revealing its many true colours without the suffocation of glazes.”

The Lessons I Practice

“My dreams enabled a strong sense of empathy and openness to different ways of thinking. They have fueled a fearless, and sometimes reckless, desire for new experiences. They have allowed me to  visualize possibilities and embrace opportunities.”

“Then, the Last Prisoner Project came onto my radar. Their purpose is to free the 40,000-plus nonviolent prisoners who are in jail for cannabis. These nonviolent offenders remain in jail in states where marijuana is now legal.” 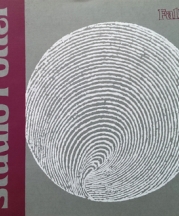 We are grateful for the opportunity to engage with our community, to answer questions, and receive feedback from the people we are most directly accountable to: you. We are entering into this conversation with an open heart, receptive to and appreciative of the critiques and challenges... Read More 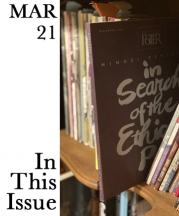 Inspiration. If we don’t actively conjure it, we are at the unforgiving mercy of our muse.

Knowing there is always clay to be wedged – well – it gives ceramists a leg up. When our brains can’t find traction, when our hearts are numb or heavy with burden, the physicality of our... Read More 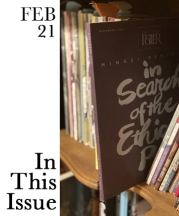 In November Studio Potter ran the first half of a report summarizing a series of conversations between galleries and artists. The impetus for the conversation was to consider the existing relationship... Read More