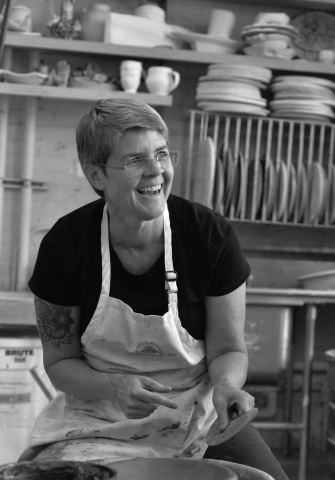 Margaret Bohls makes hand-built pottery and vessel forms that are inspired and informed by the history of ceramics and the decorative arts. She received a BFA from Rhode Island School of Design, Providence, in 1989, and an MFA from Louisiana State University, Baton Rouge, in 1995. She is currently associate professor of art at the University of Nebraska, Lincoln. She previously taught at the University of Minnesota, Minneapolis, and has been a visiting faculty member at Ohio University, Athens, Penn State University, University Park, Pennsylvania, and Nova Scotia College of Art and Design in Halifax, Canada. She has given lectures and workshops at universities and art centers across the US. Bohls's work is included in several public and private art collections and has been featured in periodicals including Ceramics Monthly and Studio Potter. 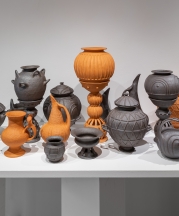 An Abiding Interest in History
There seemed to have been a greater freedom for the makers to explore variations in form during the developmental stages of a civilization.
Read More