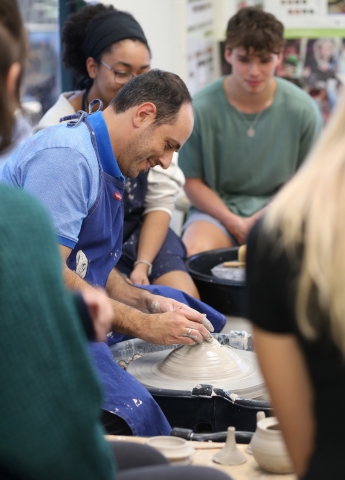 Being around art all his life and having a strong Soviet-Russian work ethic, Vadim Malkin immersed himself in the art world from a young age. As a third-generation artist, Malkin has had much to look up to and live up to. He developed a passion for ceramics around the age of twelve and dove headfirst into the world of clay. After earning a BFA in Ceramics from the University of Central Florida in 2004, he continued to work hard on developing skills and maturing his craft. After entering and exhibiting his work nationally and internationally and receiving great honors, he began teaching ceramics to high school students. Now with a decade of experience in education, he has found great inspiration from his students and continues to exhibit and sell his work at art shows and galleries in the southeastern United States. His work is inspired by whimsy and the playful nature of characters he remembers from childhood, and he hopes to evoke that same playful spirit in the viewer. 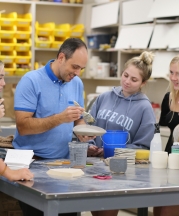 Lasting Impression
As K-12 ceramic art teachers, we are the builders of a creative foundation that balances the push and pull between cultivating or harming a person's will to create. It is our responsibility to be cognizant of our students' needs and to always be aware of how we are reacting to the students' efforts and not just the result of their work.
Read More