Like all the best adventures, my journey with open-firing did not follow a straight or narrow path. It started when, as a ceramics student, I joined an experimental firing group – a wonderful mix of archaeologists and potters. We researched and built many styles of experimental kiln, from Romano-British updrafts to medieval dome-tops, hoping to learn more about the ceramic practices of the past. Of all the technologies we explored, it was the simple open-firing that remained the most puzzling. We found that firing without any heat retaining structure was undoubtedly exciting and full of uncertainties. 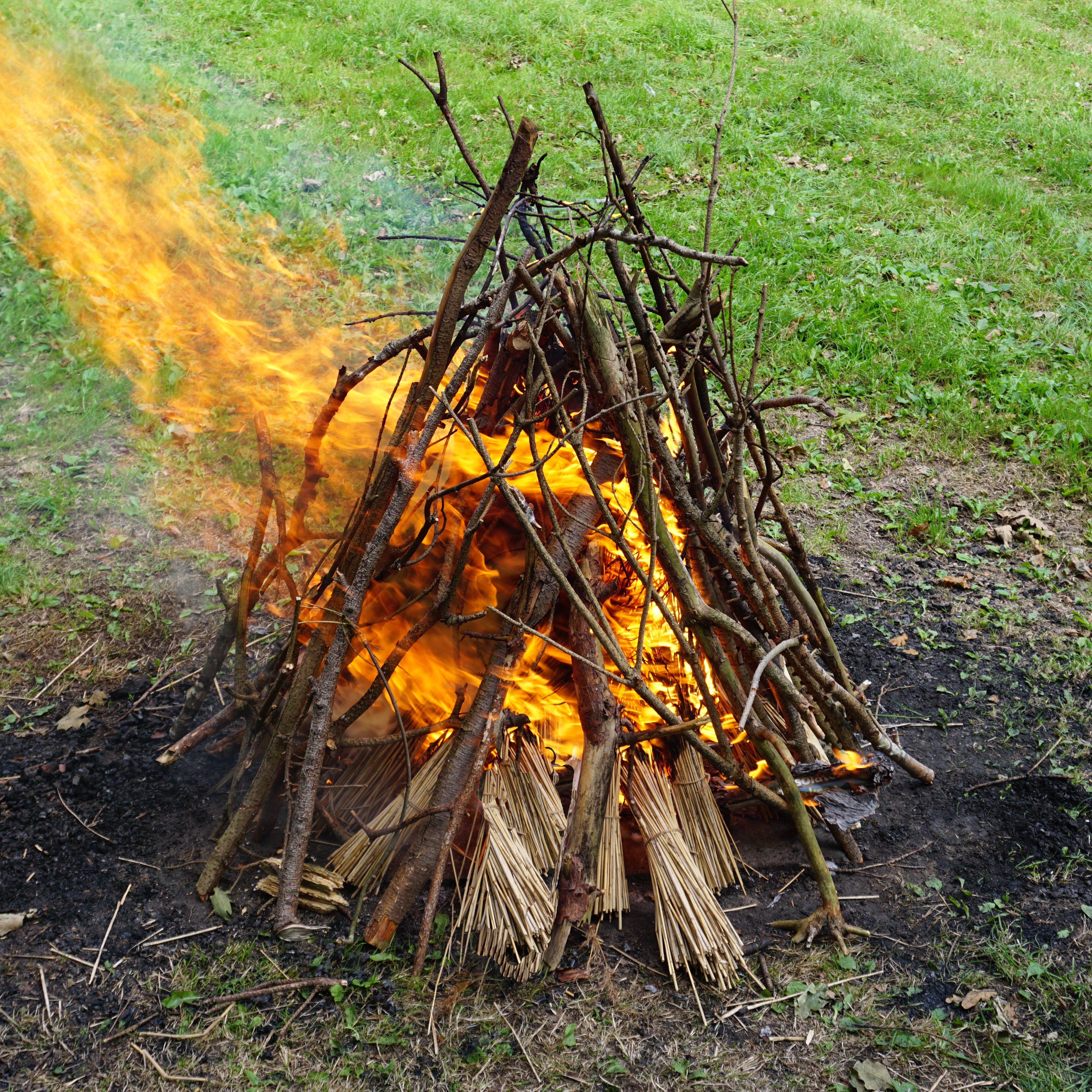 My fascination with historical craft practices led me to research the link between ecosystems and material-based actions, a detour that took me away from my journey with open-firing. It wasn't until I started to manage twelve acres of woodland for field research that, quite literally, the flame was reignited (figure 1). I found myself having to deal with so much 'brash' from tree management – affectionately called 'loppings and toppings' – that I realised I had a virtually unlimited supply of sustainable fuel. So, for the last nine years, I have been back on the trail, hoping to unravel the mysteries of open-firing.

Usually categorized as an unsophisticated process, open-firing is anything but a simple or straightforward practice; it demands a high degree of skill, knowledge, and application. It is perhaps the most intensive and nuanced form of ceramic firing.

Although it is widely accepted that open-firing would have been the earliest form of firing technology, there is little detailed evidence of its use in the archaeological record. By its nature, open-firing is a transitory process, leaving little lasting trace. Fortunately, open-firing is a tradition that has continued unbroken in some parts of the world to the present day. Although now declining, there is a significant body of documented research that can help us understand its salient features and technological principles. Combined with work in experimental archaeology and pottery-fabric analysis, we have a sound foundation on which to build.

Open-firing is an integrated system with little margin for error. Clays need to be carefully sourced and blended. Vessels must be appropriately constructed. Fuel must be selected and processed, and the firing itself demands sustained intervention. Open-firing is essentially a single-firing process and from the outset we should be mindful of two major considerations, as they tend to characterise the whole procedure: efficient heatwork and clay-body failure. 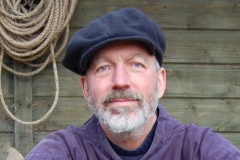 Tim has, for many years, been involved with the teaching of ceramics and sculpture at university and workshops in the United Kingdom and abroad. He studied ceramics as an undergraduate with a particular interest in experimental archaeology. This was followed by full-time lecturing in ceramics and ceramic chemistry.

After completing a master's degree in sculpture, Tim spent several years researching the relationship between ecological systems and historical construction techniques for which he was awarded a doctorate. He is well known for his development and teaching of adaptive construction: a sequential approach to material construction based on a study of traditional and historic material-actions. Tim has established his own practice in England, with a workshop in the North Norfolk countryside, where he manages twelve acres of mixed woodland. This provides him with a perfect working environment with plenty of fuel for his open-firings. He teaches ceramic sculpture and ceramic science in Norwich and is a visiting university lecturer. He is an active researcher in adaptive construction, open-fired ceramics and experimental archaeology and runs regular practical workshops.
Website