Last November, we had to make the decision to put down our fourteen-and-a-half-year-old golden retriever, Rupert. It was a very sad moment and, one year later, I still feel the loss. Decisions regarding the final resting place for a beloved member of the family are highly personal. In my case, making the decision to have him cremated* and developing a glaze from his ashes was a way to ease the pain and honor his memory.

I went looking for guidance on glazes based on bone ash. I found many books with wood ash glaze recipes, but since bone ash is much higher in phosphorus pentoxide P2O5(about 37 percent versus less than 14 percent), using one would require multiple adjustments. I simply did not have enough precious pet ash to take this route. Although phosphorus pentoxide is a glass former like SiO2 (silicon dioxide, also known as silica), its properties are different enough that I needed to find meaningful guidance. In his book The Practice of Stoneware Glazes,1 Daniel de Montmollin shares the cone 10 melting zone for a phosphorus pentoxide-rich composition. He found the melting zone to be at significantly higher alumina levels than comparable SiO2 compositions.

Bone ash is essentially a mixture of calcium oxide (CaO) and phosphorus pentoxide, with small amounts of other fluxes and refractories. I recently published a study of pure calcium-oxide fluxed --cone 10 silicon dioxide glazes² wherein a new tool for glaze development was introduced–adding the benefit of phase content and temperature isotherms to the familiar unity molecular formula (UMF) diagram. Based on these two studies, and with no knowledge of the chemical composition of my pet ash, I selected a UMF target in the middle of the melting zone described in The Practice of Stoneware Glazes. 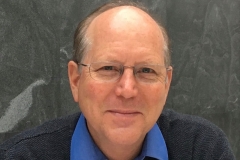 After graduating from Massachusetts Institute of Technology in Cambridge with a PhD in ceramics, Howard Sawhill worked thirty years with DuPont Electronics leading research and development teams that introduced new ceramic-based products into the marketplace. In his second career, he started Cone Blue Pottery, where the mainstay is research and development of ceramic glazes. He is currently working in collaboration with potters on challenging glaze issues and performing glaze studies aimed at improving the understanding of glaze performance. Examples of glaze research and development studies, collaborations, videos and his contact information can be found on his website.