One Vessel at a Time 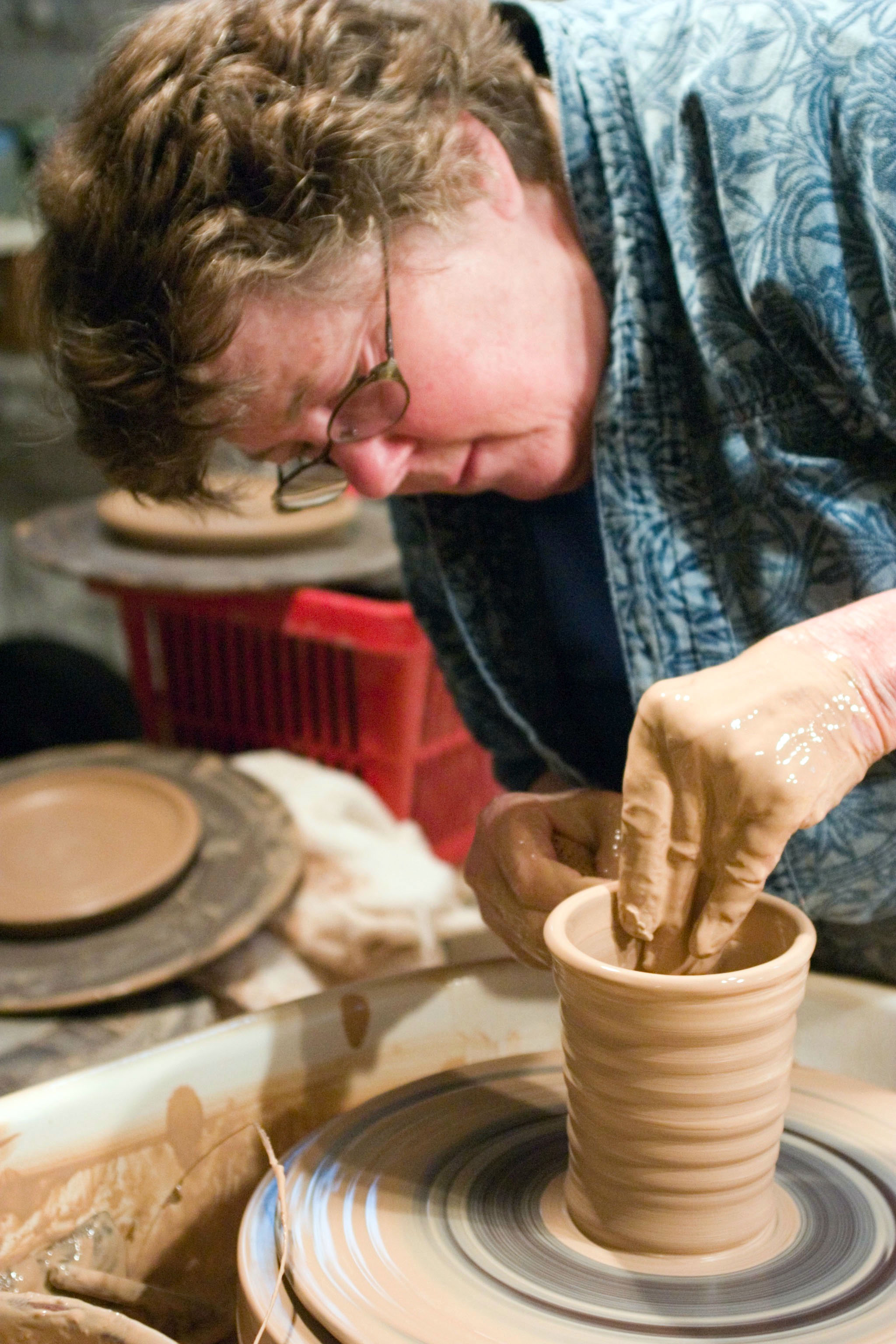 I began making wheel-thrown pottery when I moved to Exeter, New Hampshire, in the early seventies, a time when crafts were burgeoning in the state. I have no real idea what drew me to the medium. Perhaps it was collecting the shards of imported fine porcelain I found on a hillside in the Virgin Islands, where I grew up, or being stunned by the beauty of the Japanese tea bowl I saw at the Freer Gallery in Washington, D.C., when I was in college, or being given a Sevres vase during my year in Paris as a young mother. Nevertheless, pursuing pottery was a satisfying path.

I took my first class at the local craft center. I am a visual and tactile person, not naturally coordinated. It took me many weeks to learn how to center. Using my body in an organized way was a great experience, and hand-building never particularly interested me. The rhythm and challenge of working with clay on a spinning wheel, the physicality of it, was and remains appealing. My mind and hands were engaged in a meaningful occupation. I was challenged. On the wheel, I felt the clay’s responsiveness to my touch, and as it took form, I knew then that I had found my professional focus.  I began and continue to make pieces for daily use, functional work, affordable work, for people like me.

In time I learned that Exeter had once been known for its silky-smooth gray-green earthenware glacial clay. There was a well-known brickyard and the Exeter Pottery Works, founded by Frank Lamson. The pottery closed in 1935, when tin became preferable to the more fragile earthenware, and its contents were sent to the Henry Ford Museum in Dearborn, Michigan. It was a loss for our town, but the clay was still there, and I often use it, particularly in glazes. Lamson’s favorite saying is locally noted:

Can with our art compare.

We potters make our pots

Of what we potters are.”

As I developed as a potter—slowly, while raising a family—I became aware that women in other developed western countries had access to state-sponsored child care and other modes of support for making career and family life sustainable. Also, pay equity was (and continues to be) a problem. The potter Jane Kaufman made clay coins in the seventies that had “59 cents” stamped on them . . . what a woman earned in relation to each dollar earned by a man. 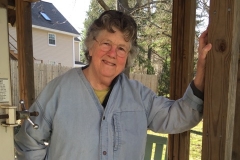 Using the skills she's developed over decades, Kit Cornell is involved in mentoring, teaching, research and arts activism—ways she contributes to the flourishing of the craft arts, and leads others in embracing the future and finding their place in it.