From Here to There 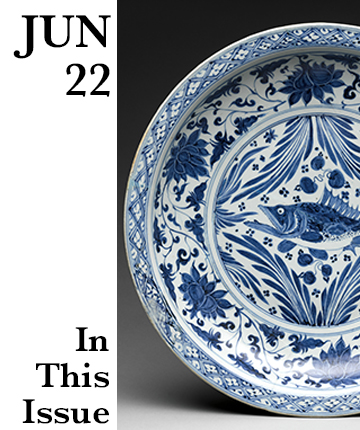 We are here. We want to be there. Identifying where or what constitutes here and there doesn’t matter much. It’s more about the dilemma of what needs to be traversed to close the gap between where we are and where we want to be. Along the way, there will be questions.

In the June Issue, Cathy Lu discusses the complicated conversation of appropriation as it relates to the history of blue-and-white wares. Blue-and-White Fragility is more than a didactic essay. It is transparent and vulnerable and delivers questions worthy of considered meditation – some of the proposed questions are long overdue.

Zach Tate, a devotee of wood-firing without access to a wood kiln, has found a way to replicate the results of the process. He has gotten from here to there. In successfully finding where there is he also found questions about the intentions of his efforts that remain ambiguous. Replicating Allure asks, among other questions, when does the tail start waggin’ the dog?

Nicholas Klofkorn delivers Value, Vanity, and Reflections of Us: An Exhibition Review of Luster + Light. Curated by Sarah Kelly, Windgate Curator of Contemporary Craft and Design Fellow at Arizona State University Art Museum, the exhibition was designed to raise questions. Klofkorn develops his review alongside a critique of the disparities between words and intentions, questioning the mechanisms of art, academia, and urban planning in Phoenix – dazzled by the spectacle, seasoned with suspicion.

For two weeks I have been at an artist residency at the Skopelos Foundation for the Arts. Skopelos is an island in the Sporades off the east coast of mainland Greece. From any vantage point the Aegean Sea fills my vision with a sapphiric glow. Here, at the origin point of countless epic journeys, I am privileged to try and regain some thing, the right thing, that I lost back there. There being time past in the place I call home. In Skopelos there has been time to sit with many questions. There have been like-minded people to absorb, reflect, and discuss the questions at hand. Perhaps my journey seems irrelevant to this letter, but the mechanism is not. Getting from here to there is, at its core, about changing paradigms, and there are inevitable questions along the way – some seemingly unanswerable, others unavoidable.

For me, the question most germane to this communication is, “What one Greek myth would parallel the June articles, tying up the moral of our story neatly for Studio Potter readers?” Instead of one, I found three and invite you to consider them against the June issue as a whole, against the concept of moving from here to there, against the countless questions we as individuals, our community of clay, and our larger world are trying to answer in hopes of becoming better versions of ourselves for ourselves and for each other.

“The oracle of Apollo at Delphi demanded of the ancient Greeks, ‘know thyself.' … mirrors have often been used as symbols of wisdom and self-knowledge. But Apollo also required ‘nothing in excess' … the mirror can just as easily imply vanity, an unhealthy amount of self-regard [or self reflection]. The peril of over-admiring one’s mirror-image is encapsulated in the ancient Greek myth of Narcissus, the beautiful boy who, having fallen in love with his reflection in a pool, pined away and was turned into a flower.”1

Our community is not yet under threat of narcissism, we are having the opposite problem – too much difficulty looking in the mirror. Some are shrinking away, “Is that what I really look like?” Some are offering help, “Here, borrow my mirror, you’ve got something in your teeth.” Some are so angry and tired of the blindness they hold up the biggest mirror they can find, “LOOK! We must fix this!”

The second myth is about being caught between Scylla and Charybdis, or a rock and a hard place. Scylla, as told by Homer in the Odyssey, was a monstrous woman with six dog heads around her waist. (How she came to be is a story for another day.) Charybdis was the daughter of Poseidon and Gaia. She stole and ate some of the cattle Herakles had gathered while completing his twelve labors. Angered, Zeus threw a thunderbolt as punishment. She was cast into the sea and turned into a monster, a whirlpool to be exact, who swallows up anything that passes by too closely. And so the common phrase, “steering between Scylla and Charybdis” represents navigating between two destructive forces.2 The application of the myth of Scylla and Charybdis to our ceramics community is not a perfect metaphor, but too many in our community have been on a harrowing path, unnoticed, for too long.

Finally, and perhaps the most apt, let us consider the Oracle of Delphi. There were only nine days where citizens were allowed to approach the oracle to ask questions. Priests would screen the “consultants” to ensure their queries were genuine, then they would help them frame the questions. There were offerings made and at any point, the priests could decide to turn consultants away if they interpreted ill-intent or sensed foreboding. If one did realize an audience with the oracle, they were not always rewarded with a clear answer. Sometimes the priests would interpret her unintelligible ramblings after the fact. “When Croesus, the king of Lydia, asked the oracle if he should attack Persia, he received the response: ‘If you cross the river, a great empire will be destroyed.’ He viewed this as a good omen and went ahead with the invasion. Unfortunately, the great empire that was destroyed was his own.”3

Curious scientists have identified tangible explanations for all of these myths, but what I like most about the oracle is that the burden of interpretation actually sits with the consultant. The oracle is a way to unlock the answers a person holds within themselves. In our time, we can still create an oracle. In doing so we devise systems that allow us to get out of our own way.

We may not find explicit answers, but we can better see the path to get from here to there in spite of the lingering questions.

Blue-and-White Fragility is the free article this month. I encourage you to share it with as many people as you can. If you are a member of Studio Potter and you have the means, I also want to encourage you to consider supporting our 50 for 50 campaign. Our goal is to continue to represent the journeys and questions of our community at an ever higher level, and your support of our endeavors allows us to continue to grow from here.

Be well and thank you for reading,

2.  “A Summary and Analysis of the Myth of Scylla and Charybdis.” Interesting Literature, 24 June 2021, https://interestingliterature.com/2021/04/between-scylla-and-charybdis-m...

3. Barnes-Brown, Alice. “The Oracle of Delphi: How the Ancient Greeks Relied on One Woman's Divine Visions.” All About History, https://www.historyanswers.co.uk/ancient/oracle-of-delphi/. 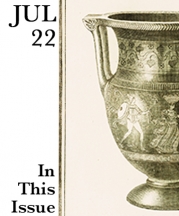 It has been a bit of an internal fight to clearly see the through line of the five July articles. They are distinct, but not entirely disparate. There is the essence of seeing and knowing, or at least coming to know, in each story. There is also an aspirational thread, the full on... Read More 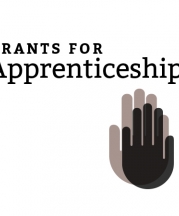 Established in 2019 and funded by an anonymous donor, Studio Potter’s Grants for Apprenticeships Program supports emerging artists who want to become full-time studio potters and mentor-potters who wish to take on... Read More 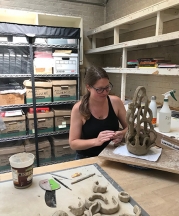 It is with heavy hearts that we share the news that Kari Marboe was involved in a fatal motor vehicle incident. This sudden loss of an important member of our California College of Art family is a shock to all of us. It is both devastating and heartbreaking. On behalf of the college we... Read More