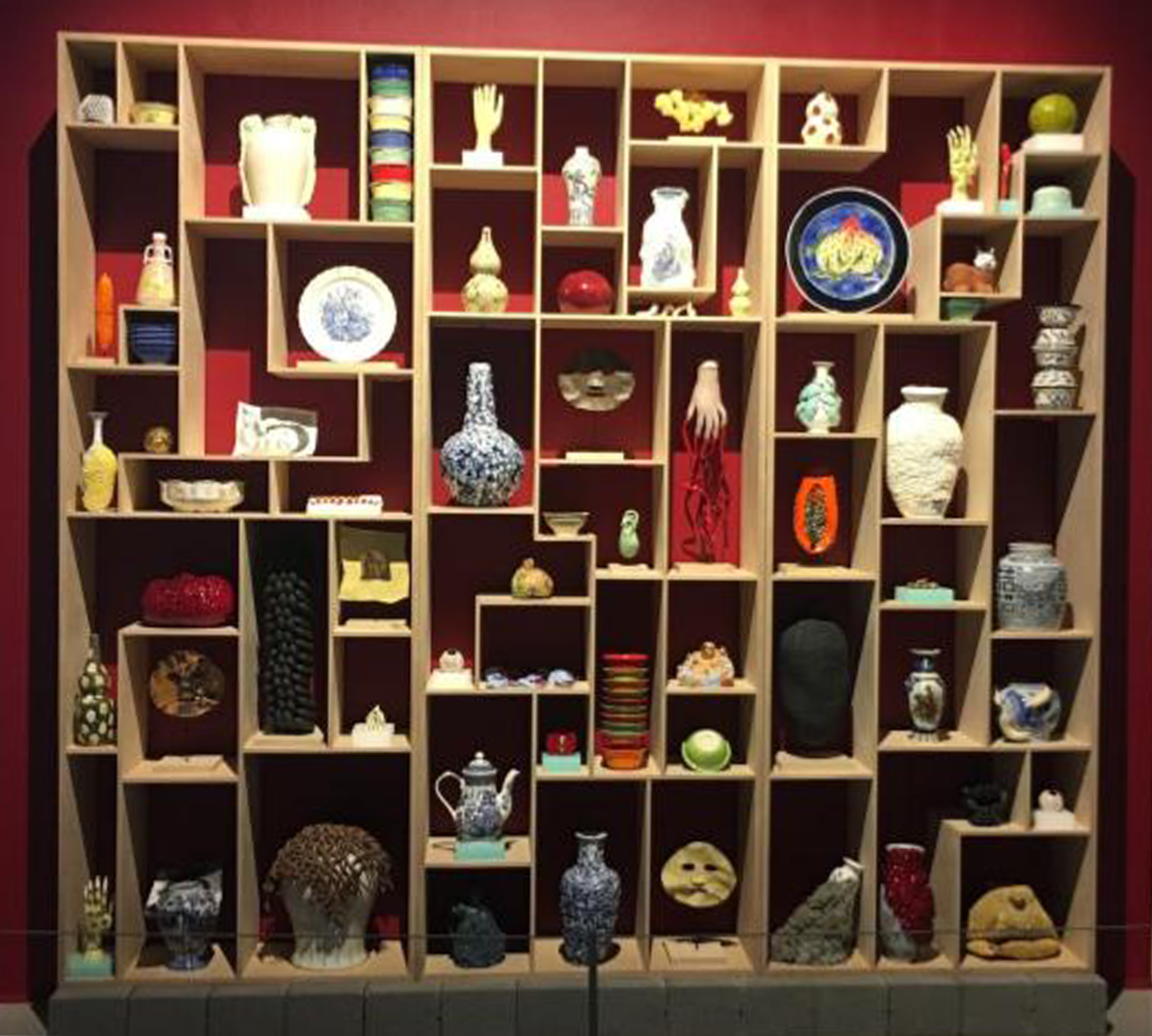 For the last four years, I’ve been an adjunct teaching ceramics at various colleges and universities, public and private. Almost every semester I’d have a White student who wanted to make a vase and paint Chinese-style blue decorations on top of a white background. I’d gently question them, “Are you referencing the history of Blue-and-white ceramics? Chinese culture? What is your relationship to it?” When I asked if they thought it might be cultural appropriation, they would stare at me blankly. “It just looks cool,” they would say.-

Last year, I messaged a prominent ceramist over their use of blue-and-white decoration and show title. I was following them on Instagram where they had been posting in-progress work of white-glazed vases decorated with blue chrysanthemums and koi pattern. The works were described as “Delftware-inspired.”

A few days later, the ceramist posted that these blue-and-white vases would be part of a show called Double Happiness. As someone that is part of Chinese culture, I know this to be a prominent Chinese phrase. The ceramist, whom I perceived to be non-Chinese, using this Chinese phrase with Blue-and-white vases that were decorated with Chinese decals of Chinese imagery gave me pause.

Blue-and-white ceramics have a long and interesting history of traveling through cultures, each culture adopting another culture’s  techniques and styles and making it their own. While the Chinese had porcelain, the use of cobalt (the blue part of blue-and-white) was inspired by Islamic pottery; the cobalt was originally imported from present-day Iran. The English made Willow ware. The Dutch made Delftware. Mexico created Talavera pottery. I’ve heard this history described more frequently as “cultural sharing” and more recently as “cultural appropriation.” 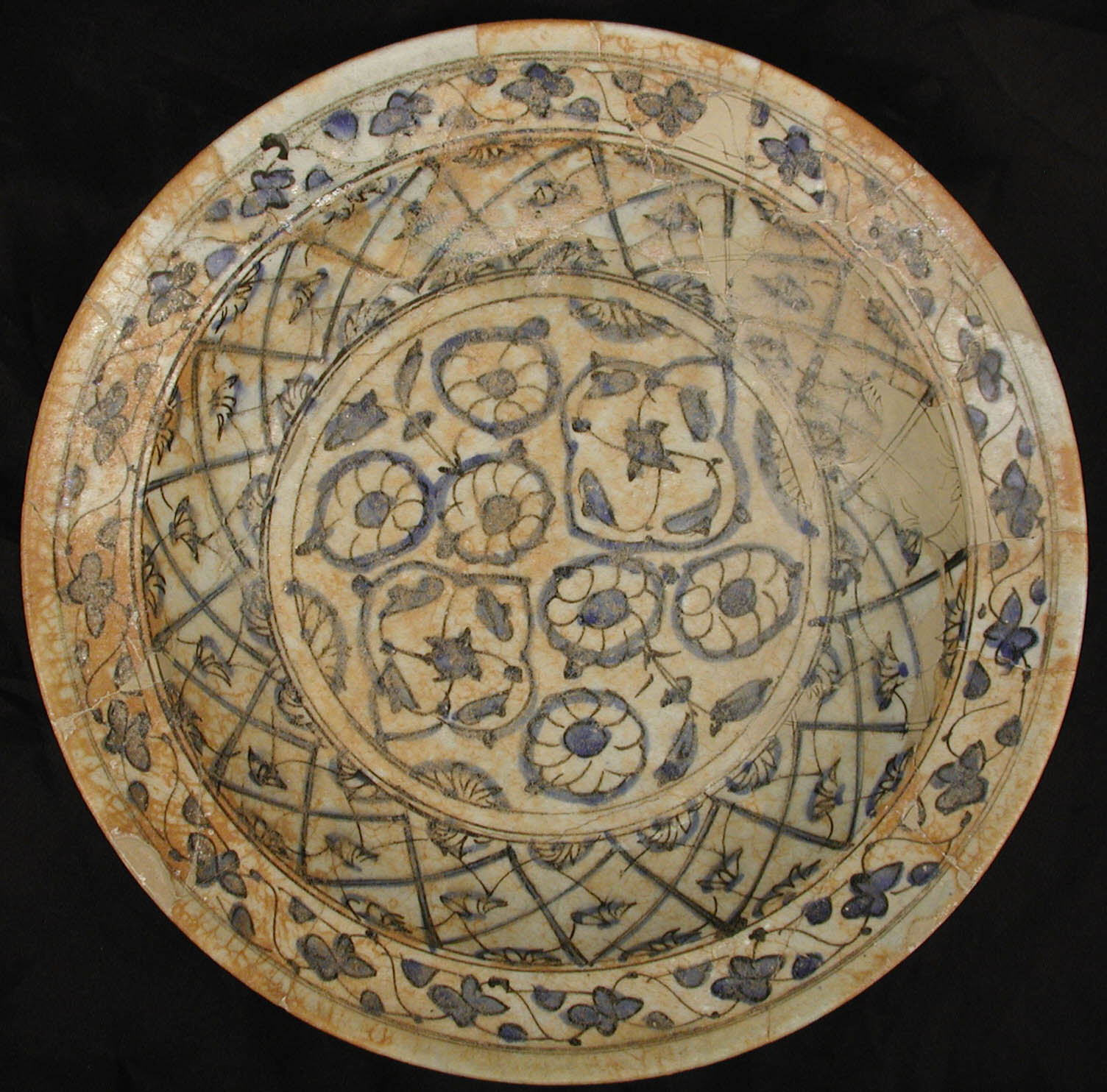 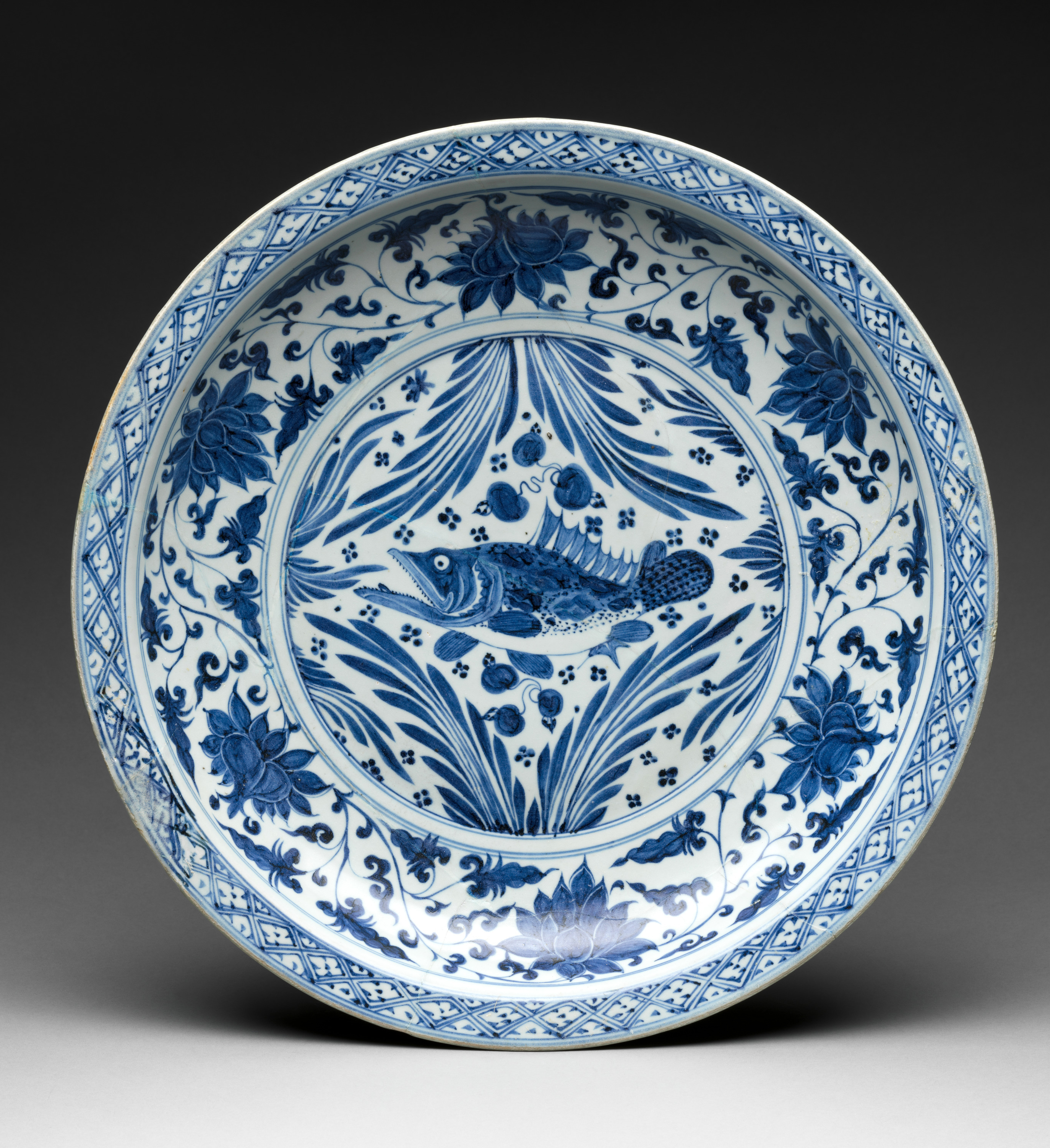 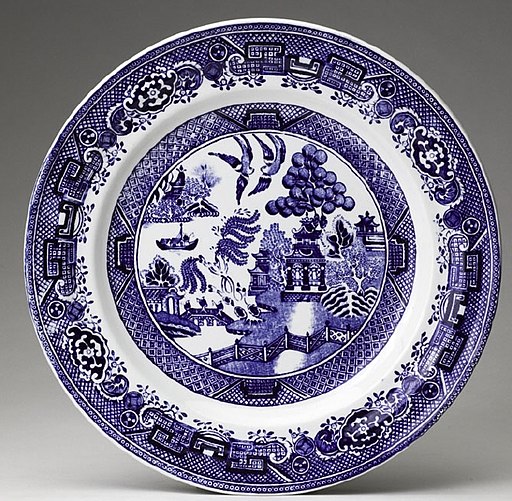 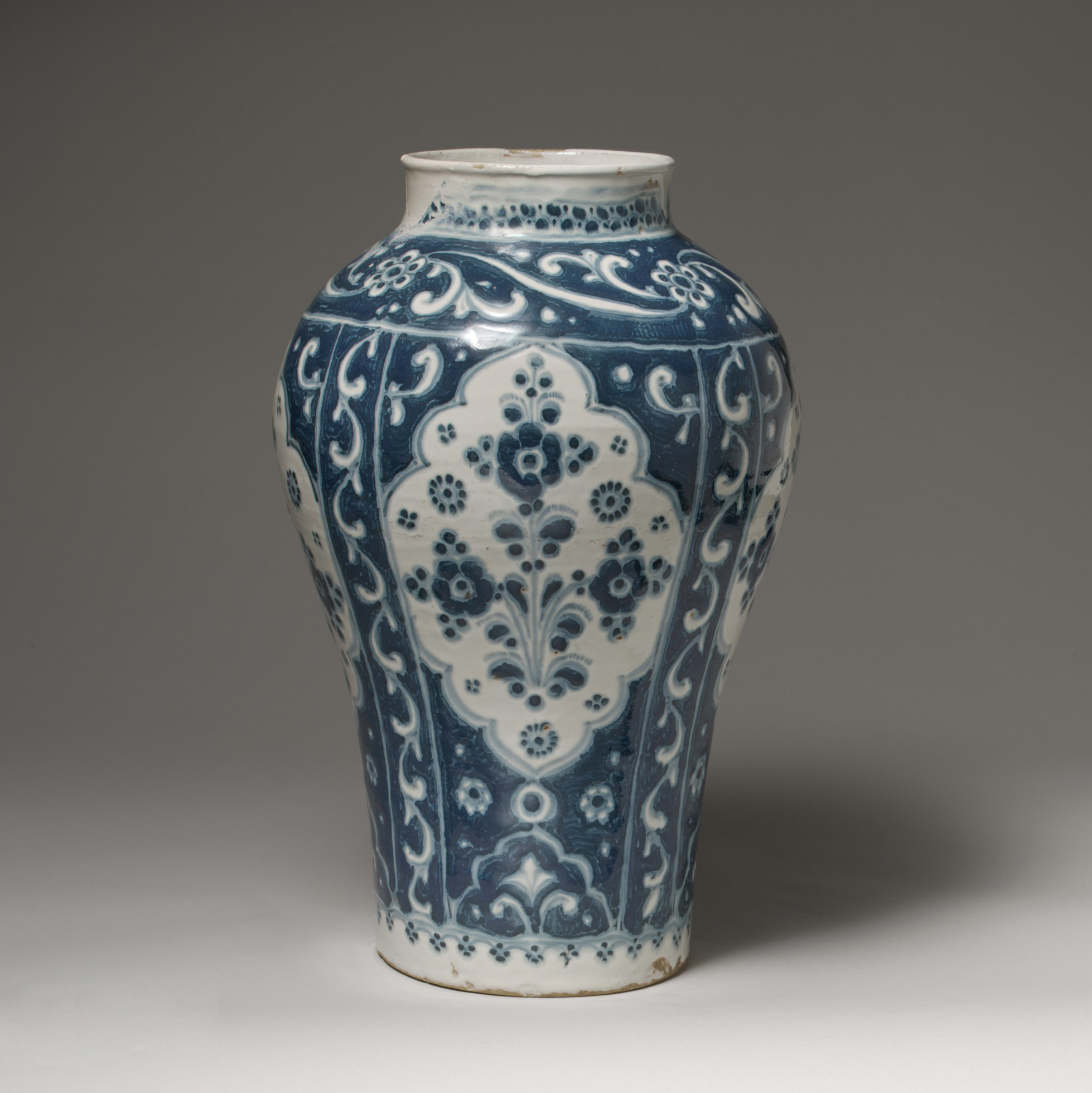 The ceramist’s lack of acknowledgement of Chinese influence, especially with the show title, was probably due to an unintentional lack of cultural sensitivity and simple research. Google “Double Happiness” and see that the first twenty-plus pages all relate it directly to Chinese culture; never mind that the decals of Chinese imagery were literally made in China. When I politely shared my concerns over the title of the work through a direct message, they swiftly blocked me and publicly posted, “Don’t listen to the haters.” Apparently the concerns of Asian Americans over someone whitewashing their culture made us “haters.” Did it feel odd to this ceramist to be blocking so many Asian Americans?

At the same time, I also thought to myself, “What if this ceramist is not White, only White passing? What if they were Latinx or African American or Japanese? What if they’ve spent more time in China than I have? How do we decide who is allowed to do what?” After all, I was born and raised in the United States; do I have the right to be upset? I read the comments, as other Instagram handles made this whitewashing public. My favorite was,  “I worked with a Chinese artisan in China, and he was fine with me [a White person] using Chinese patterns.” Is a Chinese person in China more real than someone who is part of the Chinese diaspora? Who has the authority to own culture, to give permission to use aspects of it?

At the same time as this exchange with the ceramist, Asian Americans were being blamed for COVID. I was afraid to go outside, not only because of COVID, but because I might be harassed or attacked for being Asian. In fact, I have been harassed in public throughout my life: Ching-Chong, Go back to China, having items thrown at me while being called racist slurs. It was so normal, it never even occurred to me to mention it. This time felt different. In 2020 alone, anti-Asian hate crime rose by 150%.  Elderly Asians were being assaulted (and killed) in broad daylight. I spent sleepless nights worried about my eldery parents. The Atlanta spa murders occurred a couple of weeks after my contacting the ceramist and their gallery. A white police officer involved in that case told the media that the White murderer was “...just having a really bad day.”

I realize now that when we talk about cultural appropriation, perhaps what we really want to talk about is White supremacy and systemic racism. To talk about cultural appropriation alone means putting cultures in categories distinct and separate from one another. Each culture as an island, never influenced by another –  reality just doesn’t support that. I’m Chinese-Taiwanese-Asian American, whatever that means. I embody all these cultures; they are no longer distinct from one another. During a virtual State of Ceramics Discussion hosted by Nicole Seisler at  A-B Projects, artist and activist Cannupa Hanska Luger talked about culture as a verb, not a noun. No one can own culture, it’s not a "thing"; it is alive through sharing. At the end, he drew the line at profiting from someone else’s culture.

Is it more respectful to be faithful in your reproduction of others’ cultural objects, or is it better to alter it so much you can no longer source the original inspiration? 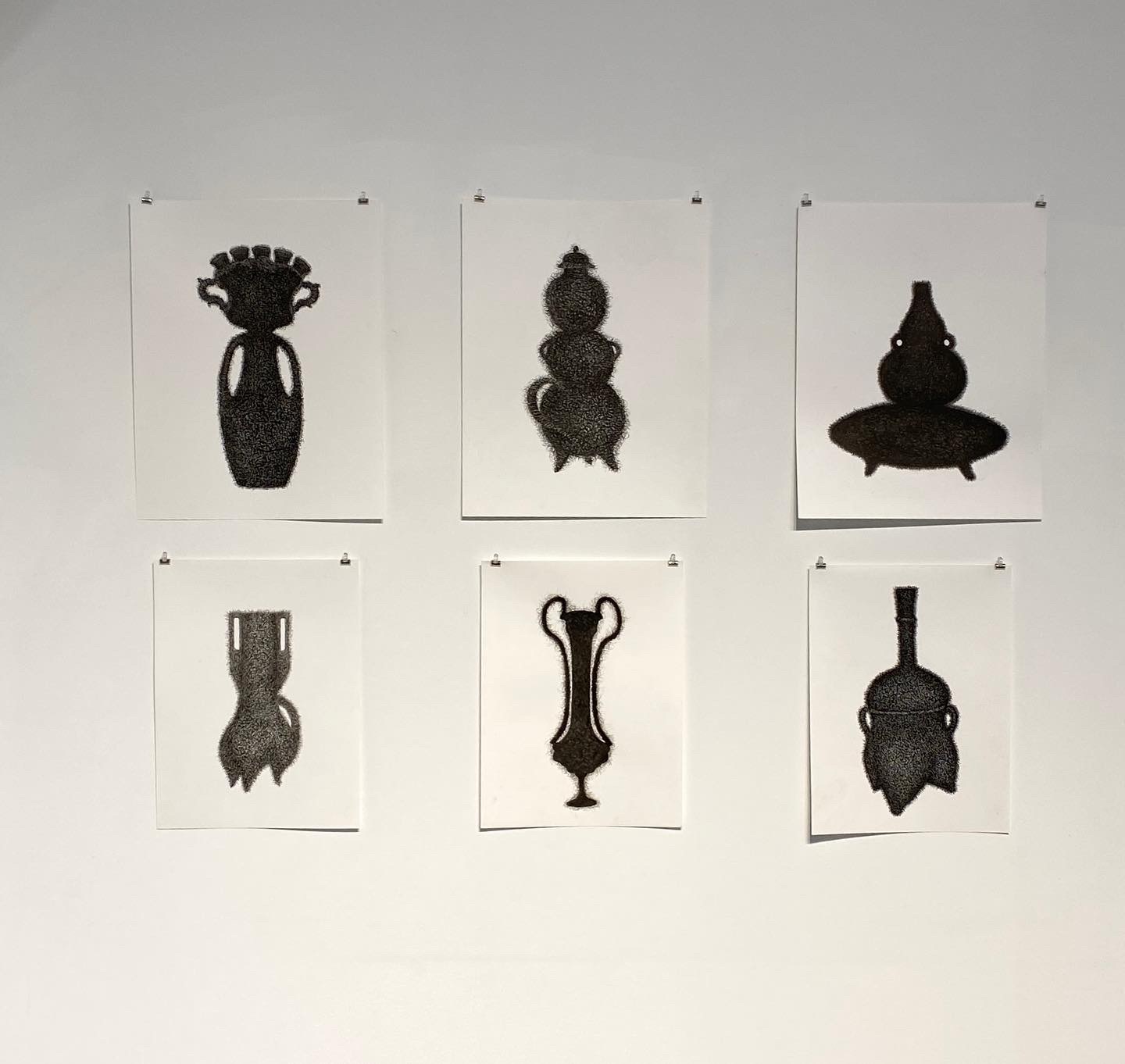 My concern isn’t whether a White artist wants to use decals of Chinese patterns, or if they call their mug a yunomi, or sell tea bowls that will never hold tea. What frustrates me is the unwillingness to acknowledge how White privilege enables them to do so. It's the same way a White chef might say they cook "elevated" or "clean" Chinese food, because it’s implicitly understood that Chinese food cooked by Chinese people is dirty, unclean, or greasy. It's not wrong to be inspired by other cultures, but can there be honesty about how this appropriation has roots in colonialism, imperialism, and other forms of economic exploitation?1

Perhaps every time a White artist wants to use something from a non-White culture, they can include a footnote, in fine print: My ability to use this [non-White] cultural [pattern, motif, technique, term] is made possible by White privilege. (This is a joke, but also not a joke)

I often wonder whether, if there were true equity in the ceramics and art community (and the world), anyone would care if a White person used Chinese blue-and-white decals or motifs from non-White cultures. An Indigenous student of mine once had a meltdown in class when one of her White classmates wanted to create a vase inspired by a Navajo wedding vase. I asked her if there were a context that could make it okay for her White classmate to make this Navajo-inspired vase. What if the White student:

The Indigenous student didn’t appreciate my questioning. (This is an understatement.) Perhaps she was thinking about how her community faced generations of displacement and genocide and family separation, were forced to attend schools whose sole purpose was to denigrate, oppress, and erase Indigenous culture, only to have her cultural patterns used by White or non-Indigenous people today with complete impunity, without having to suffer what her community suffered and continues to suffer today. 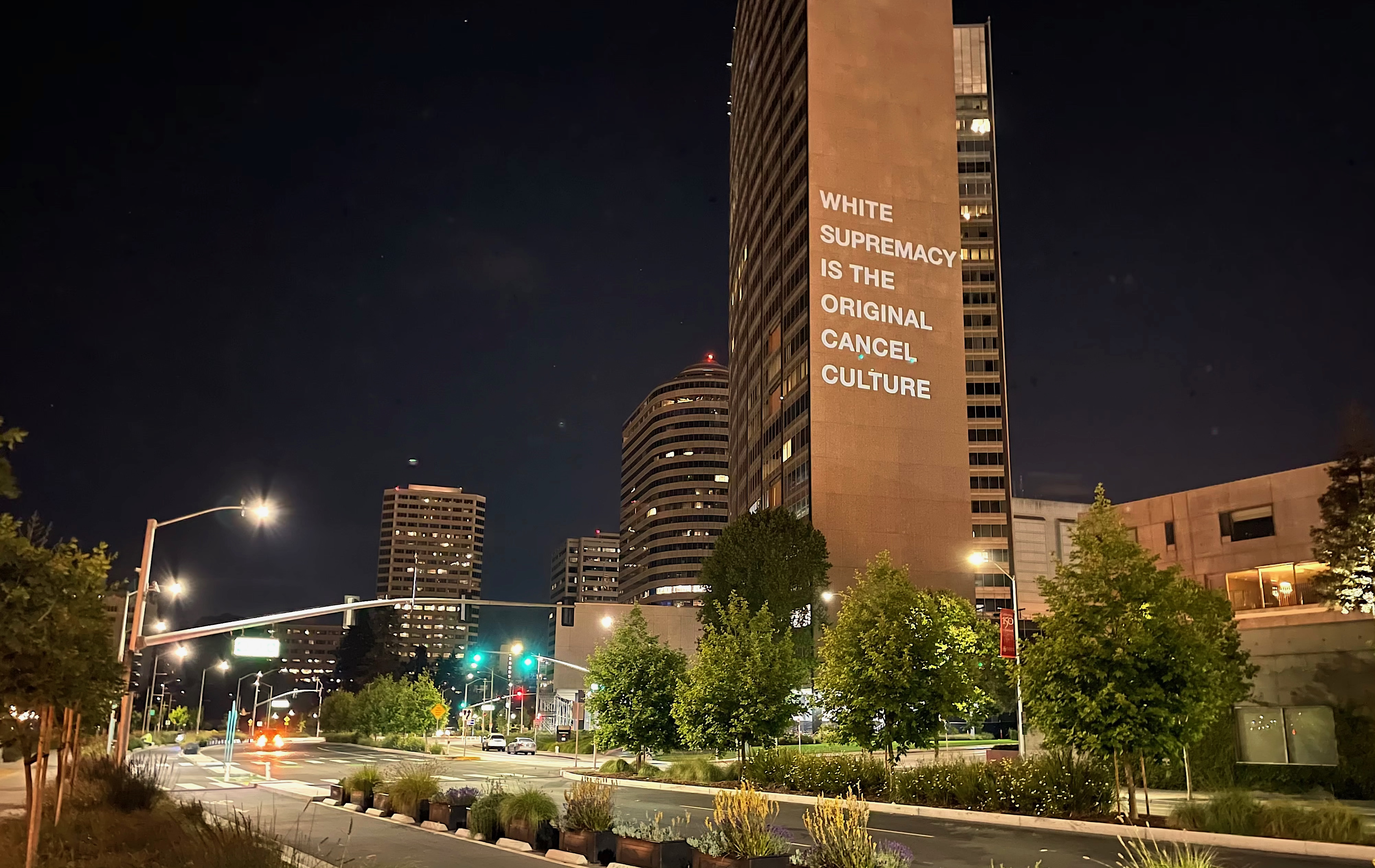 Whether or not you feel something is cultural appropriation, I just hope that, if you are using techniques, terms, motifs, et cetera of a marginalized culture, and someone, especially if it's someone from that marginalized culture, expresses their concern over your use of it, you simply consider what we are saying instead of reacting with White fragility. Because the ceramist I originally direct-messaged about their unintentional whitewashing reacted with such fragility, it led to their whitewashing becoming embarrassingly public. Only after being publicly shamed on social media did they and their gallery issue an apology and change the title of the show.

When whitewashing or cultural appropriation is being called out, it's not about wanting to control what people do or being "haters"; we simply want you to acknowledge the reality and history in which we all exist.

"Patiently educating a clueless white person about race is draining. It takes all your powers of persuasion. Because it's more than a chat about race. It's ontological. It's like explaining to a person why you exist or why you feel pain, or why your reality is distinct from their reality. Except it's even trickier than that. Because the person has all of Western history, politics, literature, and mass culture on their side, proving you don’t exist." 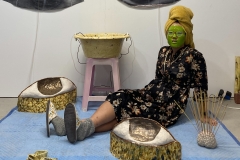 Cathy Lu is a ceramic artist who manipulates traditional Chinese art imagery and presentation as a way to deconstruct the assumptions we have about cultural authenticity. By creating ceramic sculptures and large-scale installations, she explores what it means to be both Asian and American, while not being entirely accepted as either. Unpacking how experiences of immigration, cultural hybridity, and cultural assimilation become part of American identity is central to her work.

Lu received her MFA from the San Francisco Art Institute and her BA and BFA from Tufts University in Massachusetts. She has participated in artist-in-residence programs at Root Division, Vermont Studio Center, Anderson Ranch Arts Center, and Recology San Francisco. Her work has been exhibited at Johansson Projects, Somarts, Aggregate Space, Berkeley Arts Center, and A-B Projects. She was a 2019 Asian Cultural Council/ Beijing Contemporary Art Foundation Fellow and 2020 NCECA Emerging Artist. Lu currently teaches ceramics at California College of the Arts and Mills College.