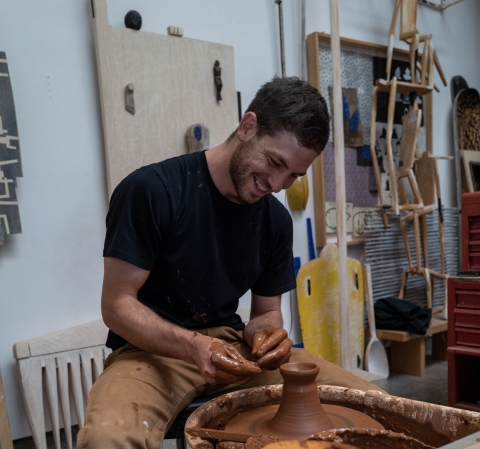 Miles McCreary is a potter and cook from Berkeley, California. In 2016 he was working as a line cook in a high-end restaurant and found himself obsessing over the pottery they used. He enrolled in a class at the local community studio, and over the last few years has shifted his focus away from cooking and towards the goal of becoming a full-time studio potter. Between 2017–2019 he lived in Asheville, North Carolina, and the world of clay opened up. He spent four months at the Penland School of Craft in their work-study program and absorbed as much as he could from the incredible craft community in that area. McCreary is currently an artist-In-residence at the Mendocino Arts Center. 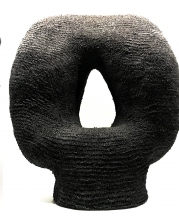 Do You Believe in the Work?
"As an artist trying to work with galleries, you should never feel like you have no power," Donté K. Hayes.
Read More