Julie Green painted their final "Last Supper" plate in September 2021,[1] marking the sadder conclusion of a multi-year project of the same name, which the artist had planned to end "when we abolish capital punishment, or at 1000 plates, whichever happens first."[2] The Last Supper is a 1000 piece artwork of cobalt blue mineral paintings by Green. Each individual piece of the collective work depicts the final meal of a death row inmate in the United States, and is currently exhibited at the Bellevue Arts Museum in Washington.

Born in Yokosuka, Japan, in 1961, Green used nonbinary pronouns (they/them) and died of ovarian cancer shortly after completing the 1000th plate in October of 2021.[3] They earned both their BFA and MFA from the University of Kansas and most recently taught at Oregon State University. Primarily a painter, Green’s most lasting impression on the ceramic community takes the unwieldy but incredibly intricate form that reflects on the practice of death row punishment in the United States. 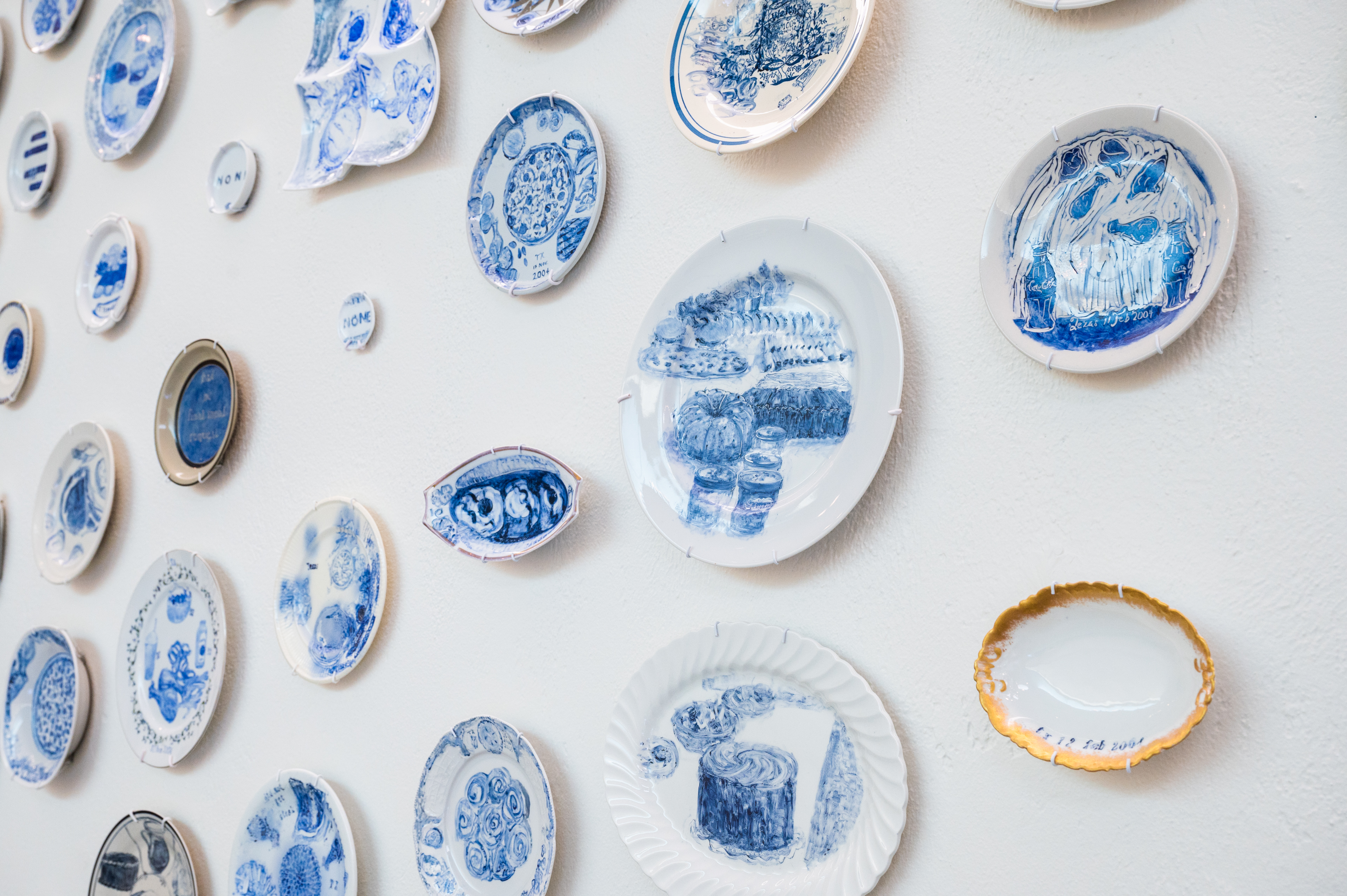 The idea for the piece began during Green’s time as an Assistant Professor at the University of Oklahoma between 1997 and 2000, when Green realized that "Oklahoma has higher per capita executions than Texas."[4] Green writes that, while teaching there, "I came to read the final meal requests in the morning paper… A final meal request humanizes death row for me."

Although Pew Research estimates that six in ten adults somewhat or strongly favor the death penalty, more than fifty percent of adults also say that they worry about racial bias in death penalty sentencing. Nearly eight in ten agree that there is some risk of an innocent person being executed.[5] Green tapped into these concerns as well as the greater ethical argument against the death penalty by using accessible, secondhand materials and the unifying language of food. 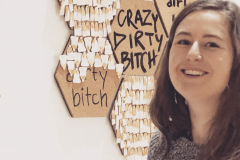 Mary Callahan Baumstark is a teacher, writer, maker, and art administrator with her M.A. in Contemporary Art, Design, and New Media Art Histories from Ontario College of Art and Design University. She is the Executive Director of the Lewistown Art Center and an independent writer and critic.
Born and raised in the mountains of Montana, Baumstark received her BFA with an emphasis in Ceramics in 2013 from the University of Montana. Before continuing to graduate school, she spent a year as an intern and assistant at the Clay Studio of Missoula. Mary's award-winning master thesis, "Ceramic Craftivism: Activism and Resistance in Contemporary Clay," was the first piece of writing dedicated to redefining craftivism to include multiple craft media.

In 2016, after completing her master's degree, Mary moved back to Montana. Since then, she has served as an adjunct faculty member in Art History at the University of Montana Western and became the executive director of the Lewistown Art Center. In addition to monthly exhibitions and special collaborations, Mary's projects include the first book dedicated to Socially Engaged Craft, Social Objects, essays for Studio Magazine, Ostracon Journal, & Studio Potter, and the first chapter of Critical Digital Making entitled "Toward a Practice of Digital-Handicraft," co-authored with Theresa Slater. You can follow her work @maryminimally or at www.bonedrybodies.com.