Just Across the Border: Opportunity!

Author’s note: This article is the result of ongoing research, funded in part by the Canada Council for the Arts and the University of Manitoba. It is based on personal interviews and email correspondence with each of the ceramicists, including Harlan House, during 2016–17.

In the 1960s and ’70s, young Americans crossed the border into Canada by the tens of thousands.1 These new immigrants were mostly white, urban, middle-class, and educated. They were leaving a country engulfed in political and social unrest to establish new lives, often with no promise of return. Some settled in Canadian cities, while others, seeking simplicity and self-sufficiency, purchased rural properties and restored existing buildings or built new homes and studios. A contingent of these New Canadians had formal education in ceramics already; others learned pottery as a new trade.

Whether it was being made in urban or rural communities, ceramics provided the framework for a new lifestyle during a resurgence of crafts in Canada, similar to that which took place during the late nineteenth century in Britain. Andrea Peach, a British cultural historian, believes that this reinvigoration in “making” is directly linked to broader social, political, and cultural structures and processes.2 The late curator Diane Carr wrote that those who sought an alternative lifestyle were part of the new Age of Aquarius, one that would “reflect a change in societal values away from materialism, consumerism, greed, and war. Peace was the word, and peace was the sign.”3 While some sought to elevate ceramics to the status of fine art, others found inspiration in the writings and teachings of Bernard Leach and Yanagi Soetsu and their exaltation of the humble craftsperson and promotion of beauty in utility. Regardless of where they lived or the intent of their practice—making fine art or the functional vessel (or both)—each expatriate added, in their own way, to the Canadian cultural landscape. This article is a brief glimpse into the life and work of a few of these remarkable individuals. 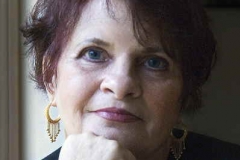