As a co-editor of this issue of Studio Potter, I’m pleased to present several perspectives on digital technology in ceramics, including many that concentrate on extrusion-based 3-D printing with clay. The DIY and open-source roots of these processes are something that I have been interested in since 2013, when I built my first clay 3-D printer from scratch. I was able to do so largely because of the dissemination of open-source information by a growing online DIY 3-D printing community. This phenomenon is reassuringly congruent with the ethics of clay culture and craft traditions, even while digital processes are a disruption to direct, analog ways of hand-working.

Developing this issue has prompted me to consider the implications of what it means to print in clay. While the word printing may invoke exclusively digital 3-D printing processes to some, printing is in fact intrinsic to working in clay. Simply put, to handle clay is printing in its truest sense—to press it through various marks and movement: pinch, roll, compress, carve, coil, throw, stamp, screen, stencil, and so on; at times, employing mechanized tools. Clay is responsive to so many ways of working, and it has an uncanny ability to reflect the present moment, from recording fingerprints to documenting contemporary culture.

Shifts in contemporary culture, including the prevalence of digital data and information, can be disorienting and difficult to situate within our analog selves, particularly when the volume of data becomes incomprehensible without the aid of computers. Should artwork reflect both tradition and our time and place? The contributions in this issue by Jonathan Keep and Tom Lauerman ask, “Why not implicate clay in this contemporary moment?” Considering its fundamental mutability and plasticity of form and outcome, clay might be a perfect reflection of the boundary between direct manipulation and the potential of code and computation.

For decades, people have been asking what place computers have in ceramic studio practice; for example, Richard Burkett’s article in Studio Potter Volume 20, Number 2, 1992. In this 2019 issue, Burkett reflects on how the question has changed shape over time. Common computer usage for ceramists began with simply sharing recipes and conversing, but eventually included calculating glazes, image sourcing and manipulation, documentation and sharing, and the emergence of modeling and imaging.

Now the use of computers in ceramics often means digital fabrication, an integration of digital design and modeling methodologies with output to a range of different tools, from carving machines such as CNC (Computer Numeric Control) mills to additive ones, such as 3-D printers. Output in clay forces digital ephemera to exist in material form, grounding it and humanizing it, as Stacy Jo Scott writes in this issue.

Many early adopters have posited that what has become a conspicuously digital aesthetic would perhaps change as more artists adopted digital fabrication tools. It seems that this has yet to happen to a large extent, evidenced by the ubiquity of the triangular facets of 3-D digital resolution and the strata, loops, and woven textures endemic to extrusion clay 3-D printing. As Unfold notes in their article here, as soon as one kind of aesthetic develops, it becomes widely imitated and adopted as a trend that can be hard to shake.

But this might not be anything new or unwanted. Capturing the beauty of rotational throwing marks on pots via the wheel often compels us not to alter them. Like throwing marks, the evidence of CNC tooling and 3-D printing strata might be desired precisely because they express a new aesthetic that is derived from new tools.

These “new” tools are not all that new: CNC machines were in use by the late 1950s; 3-D printing dates at least to the early 1980s; and the plastic extrusion 3-D printers were commercialized by the 1990s. In 2005, the open-source RepRap project was conceived as “humanity's first general-purpose self-replicating manufacturing machine,” one that “self-replicates by making a kit of itself” (see reprap.org). As extrusion-printing patents expired, RepRap leveraged Internet dissemination and the decreasing cost of global manufacturing to democratize and facilitate a desktop 3-D printing revolution.

By 2009, Studio Unfold had adapted open-source 3-D printers with a mechanized syringe to extrude clay. Soon after, Jonathan Keep developed a DIY version that required only hand tools, parts ordered online, and parts from a hardware store. Because of pioneers Dries Verbruggen of Unfold and Keep, there are now vibrant online communities grounded in freely sharing this information, such as wikifactory.com. Countless artists and inventors have continued to add to these resources, and a number of small companies, such as Potterbot, Lutum, and WASP, have successfully marketed high-quality, commercial, clay printers.

The territory defined by clay and digital technology has rich potential beyond the outmoded binary construct of hand versus machine. It increasingly engages a range of disciplines, such as engineering, design, material science, art, and craft, an intersection that, as Scott states in her article, “opens up other avenues of examining the multiplicity of human experience.”

In the Summer/Fall 2017 issue of Studio Potter, Martina Lantin wrote “Boundaries and borders have the capacity to constrict movement or provide protection from the unknown, but they are at their most dynamic when people are determined to cross them.” This might be emblematic of the moment. As Ron Rael states in my interview with him for this issue, it is best to consider borders as positive places rather than negative ones. They are complex places of sharing and mixing, culturally rich, and laden with potential, where languages and ideas intersect, overlap, inform, and engage each other—borderlands without walls. 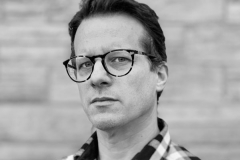