A Conversation with Jason Briggs 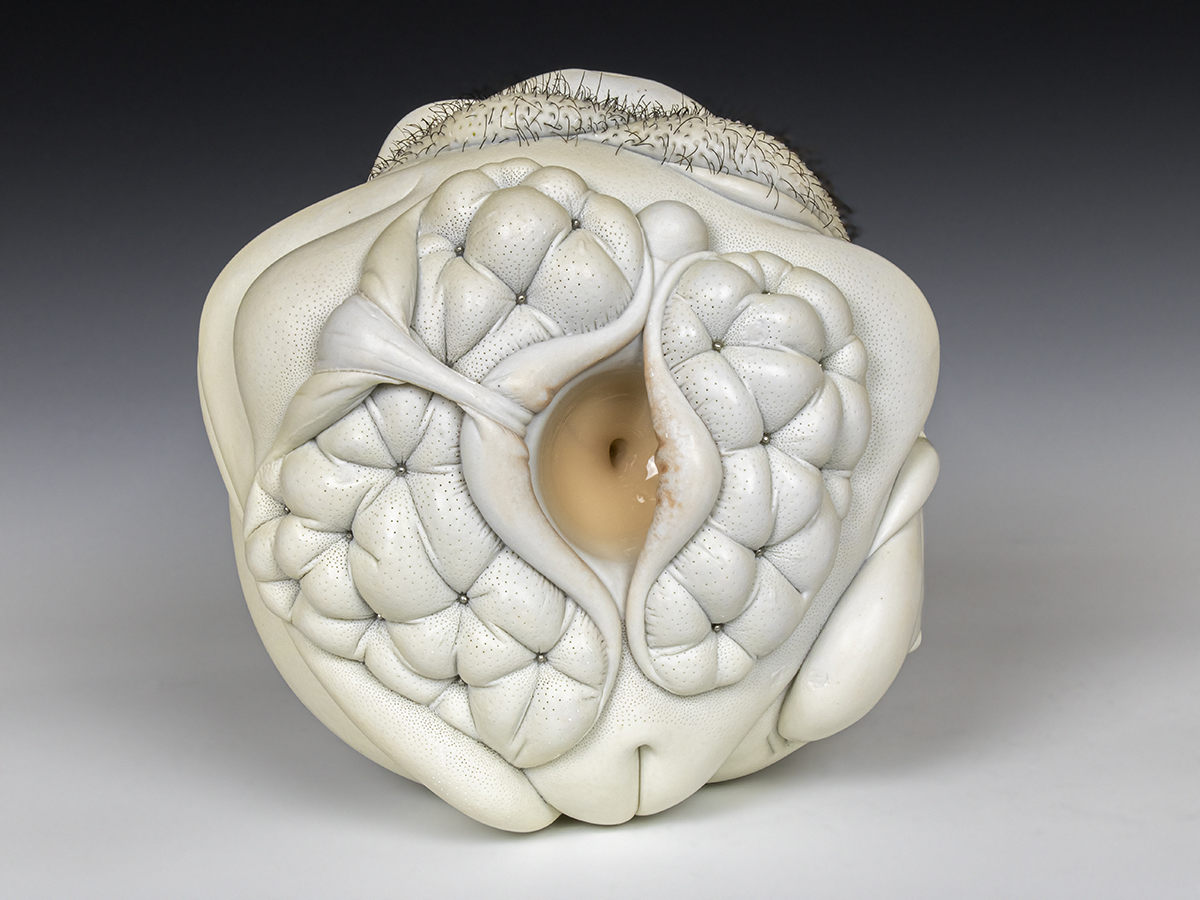 My love and fascination with Jason's work lie not only in the objects themselves but also in the context in which they exist. They are these beautiful, horrible, precious little babies artfully fabricated with the precision of a mad scientist/mother, whose logic is precise and definitive and known only to themselves. They are a childlike exploration into disgust, desire, and the fetishes that exist when these two polarized feelings come to overlap and exist on a continuum. The objects are pink and appear squishy, composed of orifices, nipples, follicles, all sorts of foldy-skin things. Some have neat, little tufting on their fleshy parts like a couch would, while others are tightly laced up. Most of them have hair purposefully plucked from the maker with maternal selflessness and attention. They are objects only a mother could love. In fact, at the end of describing his process during his lecture at New Paltz, Jason paused and said, "I have a real baby."

Recently, I was able to sit down virtually with Jason and have a wonderful and meandering conversation about his studio practice. I wanted to know more about the juxtapositions of beauty and disgust, the role that childhood plays in the work, and maybe how that childhood curiosity can turn into shame. I was also interested in hearing his opinions on how the public and galleries have responded to the work. 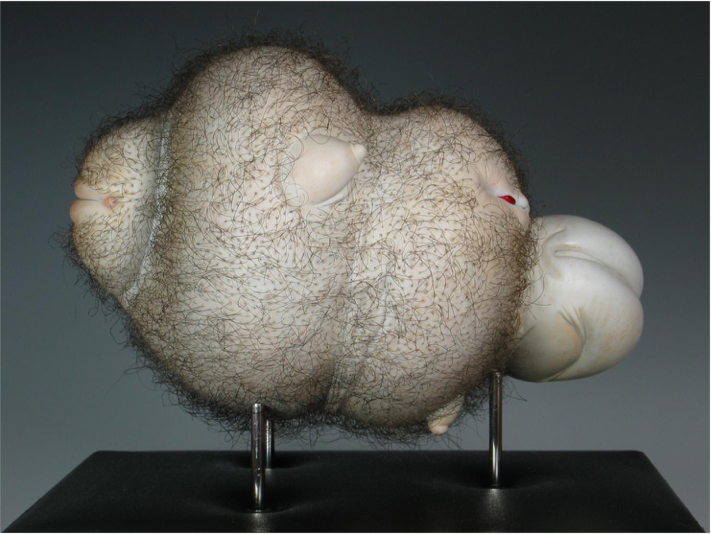 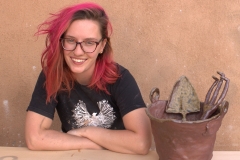 After growing up watching her grandfather work as a potter, Noble decided to take Basic Ceramics at The State University of New York at New Paltz and fell deeply in love with the medium. Graduating in 2015 with a BFA in ceramics, she accepted a 2016 residency at Taos Clay, New Mexico. After the residency ended, she stayed in Taos for several years, set up a home studio practice, and enjoyed the feral and vivacious community one can find in a small mountain town. It was here that she was introduced to skiing and wood firing. In 2020 she came back to the Hudson Valley and currently resides in Newburgh, New York. As she continues to develop and grow her studio practice, she works to define what it means to be an artist, craftsperson, and designer in this ever-changing and growing world. She approaches both her art and writing with an unfiltered and all-encompassing curiosity, like that of a child. "Right now, I make pots with a feeling of quiet profundity."