François Brument and his partner, Sonia Laugier, share an interest in digital conception, fabrication, and distribution processes in association with artisanal skills, materials, and techniques. A three-month residency at the Yingge Ceramics Museum International Artists Residency Center enabled this duo to experiment with ceramics production techniques, collaborate with local artists, and develop three highly innovative projects for the 2014 Taiwan Ceramics Biennale (TCB), Terra Nova. The Biennale had a strong focus on nascent digital technologies in the field of ceramics. Five years later, it is worth reflecting upon the pioneering nature of these works.

Brief descriptions of Brument and Laugier’s three TCB projects follows a recent interview with Brument. The discussion focuses on Brument’s background, his perception of contemporary design education, and his current project, Les Arts Codés. This innovative makerspace seeks to reach out to local communities and to connect and innovate within the realms of crafts and digital technology.

In Dialogue with François Brument, Paris, 2016

Wendy Gers: You and your partner, Sonia Laugier, have worked together for many years. Would you describe your partnership—how do you organize your work, and share tasks?

François Brument: It depends on the specific project. We share our projects according to our respective interests, skills, and affinities. 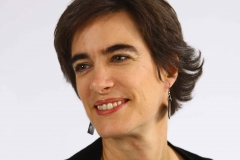 Wendy Gers is an award-winning curator who has delivered numerous international guest lectures, and authored several books and catalogs on ceramic art. In 2018, Gers earned her PhD from University of Sunderland, England.