Chandra DeBuse: Portrait of a Maker

A grey squirrel sits in a determined crouch at the corner of my back yard gathering leaves to its chest. With what would seem to be an overwhelming load, it runs up the fence, jumps to a utility pole, then a tree, and defies physics while moving along a net of the tiniest branches with its burden. The earnestness of the squirrel’s actions relents, only a bit, as the branches widen and the threat of failure slowly retreats. Finally, it reaches the nest under construction, nestled in the crook of a tree. Its eyes have been somehow vacant, yet calculating, throughout the entire process. It is a calming countenance, perhaps born of the determined focus found when one has an inevitable process and goal. 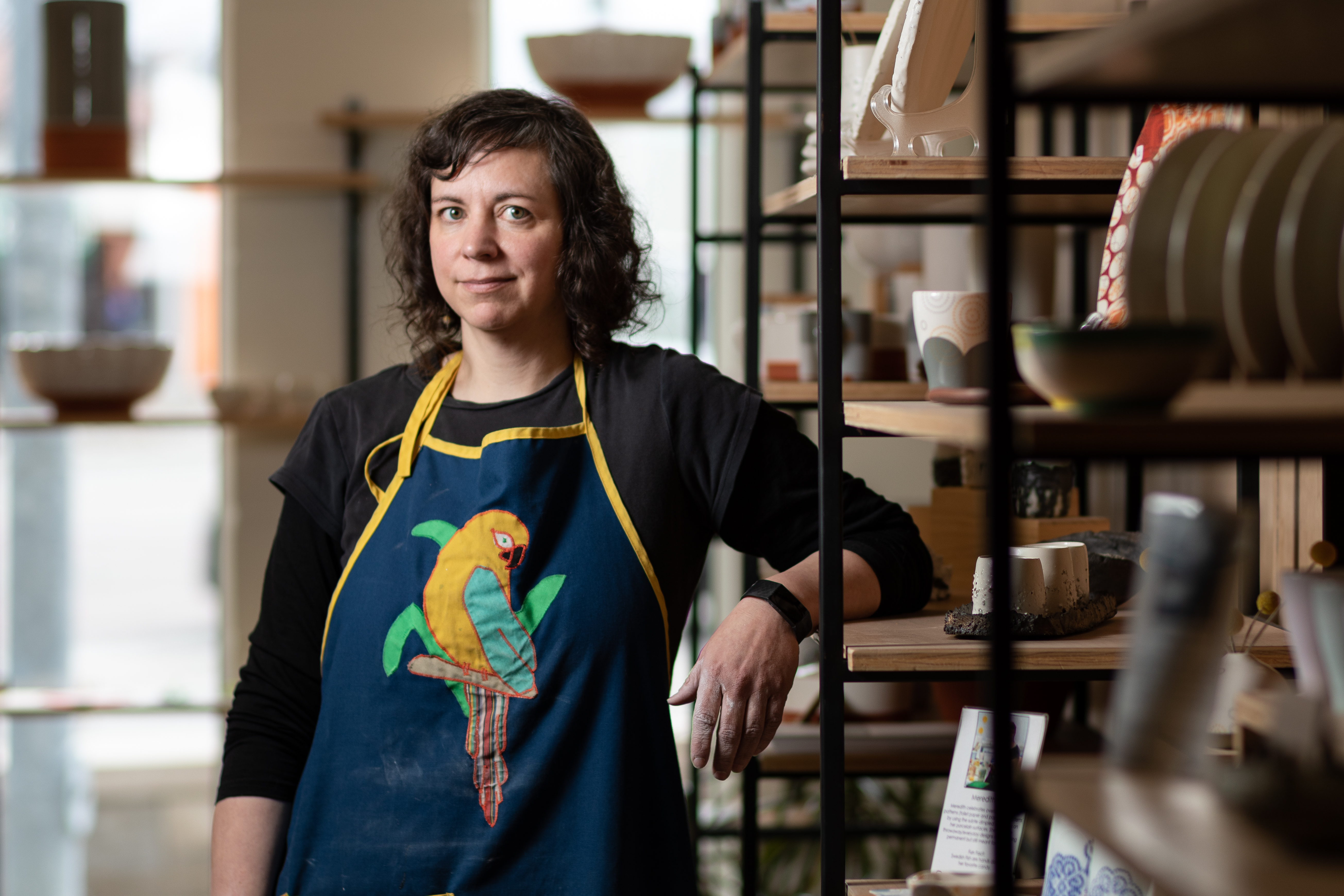 Chandra DeBuse, one could say, has a similar countenance. She doesn’t want to keep rehashing the same questions in her studio practice. She does not want the inevitability of her work to become rote. She pushes herself with assignments and unanswerable questions, “I want to remain relevant to the conversation.”

And yet, there is a calm confidence as she moves through her studio. It is a calm that pervades all interactions with Chandra. Although, if you are paying attention, you can see the mechanism of her intuition. How does intuition become deliberate, as it seems to in Chandra? Perhaps it is years of conscious determination that create an air of inherent intuition. She is perpetually scanning, gathering data, letting it absorb, and then all of the data presents itself as intuition.

Quite the opposite of the familiar duck metaphor, all calm on the surface whilst paddling furiously below. We see the labor, the busy-ness of the squirrel. So busy, in fact, that it could be dismissed as mindless or automatic. Instead of looking below, we need only look into the squirrel's eyes to recognize the activity of methodical calculation, so intense with vibration it almost appears still. We must look around, at the physical evidence of production, and then we know the squirrel is anything but mindless.