Still of Walter Keeler from the short film The Making of Flailed.

In 2014 the National Museum of Wales in Cardiff staged Bregus?/Fragile?, the largest contemporary ceramics exhibition ever to be held in the Principality. An integral part of the show was the commissioning of four ceramic artists with some connection to Wales, either through birth or current domicile, to produce a piece of new work. They were Walter Keeler, Claire Curneen, Adam Buick and Lowri Davies. On behalf of Culture Colony, a Welsh independent film company, Pete Telfer was asked to produce four films of the artists at work, to be shown alongside their exhibition pieces. Melding material from these films with footage from his interviews with the artists, Telfer created four further documentaries: The Making of Flailed, The Making of the Intertidal Jar, The Making of Touched and Lithophanes. In addition to The Making of the Intertidal Jar and Touched, Flailed was made available on the Culture Colony’s website in May 2020. However, though there is a short version of Lithophanes (the one that the Museum of Wales relayed on their exhibition tablets), Davies is a Welsh-speaker and Telfer has yet to translate his documentary version into English.

From Culture Colony on Vimeo.

Thanks to YouTube there is now a profusion of films about pottery. There are demonstrations on everything from building your own Raku kiln to throwing, glazing, and firing a stoneware teapot to making a Kohiki plate. There are masterclasses with notables such as Phil Rogers and Jack Doherty. There are elegant, evocative, in situ interviews with dignitaries like Svend Bayer or Clive Bowen. There are slow-movement-esque, meditative close-ups of hands forming a pot on a wheel. It’s a saturated market and, no doubt, with the restrictions on face-to-face teaching imposed by Covid-19, will become even more so. And yet, as with all creative endeavours, there is always room for something exceptional. 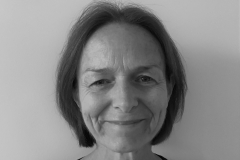 Ellen Bell is a performance artist and writer living in Mid Wales, United Kingdom, who regularly contributes to a series of fine art, applied art, and literary journals, such as Ceramics Review, Embroidery, a-n, New Welsh Review, and Poetry Wales. Bell has also written for CRAFTS and Performance Research.