If Bernard’s Leach’s A Potter’s Book was the old testament for many aspiring studio potters internationally, Daniel Rhodes’ Clay and Glazes for the Potter was the new testament for those living in North America. A Potter’s Book referenced glaze materials readily available in England, while Rhodes referenced materials readily available to anyone studying at Alfred University.

In the early 1970s, the State University of New York College of Ceramics at Alfred University was where I wanted to go to school – if I’d had infinite resources. But I didn’t, so I read Rhodes’ book repeatedly from cover to cover as a substitute. For me, pots were the first human miracle, books were the second.

As a teenager, my copy of Clay and Glazes for the Potter was always nearby. It was packed carefully into my friend’s VW bus as I made my first road trip to the East coast. My potter-friend had family in Baltimore, so we enjoyed a free place to stay while commuting into Washington D.C. to visit the Freer Gallery of Art. We went there because most of the pots illustrating Rhodes’ book were in their collection – we wanted to see the real thing. An understandable impulse since, at that time, the photos in the book were poorly printed in black and white.

For a potter of that era, the Freer was like Mecca. I’ve been back to Washington many times since, and I always revisit their collection. Among the Persian earthenware, Mesopotamian pots, Korean porcelains, and Japanese tea bowls, I always find something new. Or I see something new in a pot I’ve looked at a dozen times before.

Rhodes’ book was particularly popular because it had dozens of glaze formulas in the appendix along with a cone chart. My copy was with me in various studios, near my many kilns, and occasionally in a VW minibus.

In my circle of friends, three of us were potters. We learned to throw pots together in high school, dug local clays, formulated glazes, and built kilns. My first successful glaze combined Borax from my mother’s laundry room with surface-clay near my home. It was fired to cone 04 or 08 in a used hobby kiln my father found and rewired for me. 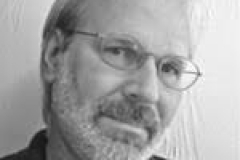 Keith Luebke is a retired teacher with two degrees in art, one in sociology, and one in urban studies. In 2020, he and his partner bought an old farmhouse (1896) one block from the house they lived in for over thirty years. Now, in a studio with windows, he makes modest pots and writes on the side. He worked in a variety of nonprofit organizations for nearly twenty years. That work included promoting craftspeople in rural Illinois and New Mexico, but most of his work was with people experiencing homelessness. Keith and his teacher/partner, Judith Luebke, were part-time grant writers from the 1980s into this new millennium. With Judith as editor, Keith wrote funding proposals to create housing and opportunities for low-income families and individuals. They also taught students how to create, implement, and evaluate programs responding to community needs.