Simon Levin is assisted up the side berm during the construction of the anagama kiln at Corning Community College, Corning, New York, in 2003. Photograph by Dr. Robert Tichane.

Putting the Community in College

In reality, students’ experiences at community colleges are rich and complex. According to the National Center for Education Statistics (nces.ed.gov) 5.9 million students were enrolled in the fall of 2016 at public two-year colleges. While this is a significant number, it gives little indication of the diversity of the average community college. The mission of these institutions is to accept and educate all students. They might be high-achieving high school graduates whose families can’t afford the tens of thousands of dollars it costs to attend a university for a year; veterans on the G.I. Bill; or laid-off workers returning to school for job retraining. The mix of ages, genders, life experiences, races, and all other demographics can make the community college classroom an incredibly varied and dynamic learning and teaching environment. 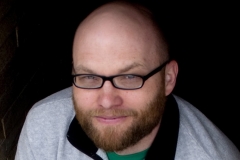 Fred Herbst is Professor of Art and Chair of the Humanities Department at Corning Community College in Corning, New York. Among his achievements is working with the Corning Museum of Glass to create a hybrid wood-fired kiln design that allows for firing ceramics and blowing glass simultaneously.  Herbst can be reached at herbst@corning-cc.edu, and follow him on social media @fredthreestones.