It was four in the morning and sixteen hours into what should have only been a fifteen-hour firing. I was in Icheon, South Korea, participating in my first wood firing, and I was exhausted. The kiln temperature was crawling past 2100 degrees Fahrenheit and we were running out of wood. It felt like we weren’t going to make the last two hundred degrees.

Rewind to my life in Los Angeles, where I was tired of moonlighting as an artist and pottery teacher while working the daily grind at a corporate marketing agency. After countless hours researching and emailing contacts from ceramic destinations all over Asia, I had a loose framework of what the next five months would be. I quit both my jobs, sold off all my worldly possessions, and left for, what I was calling, a “ceramic sabbatical” and to earn my unofficial masters [degree] in the ceramic arts.

Three months into my journey I found myself in Icheon at a homestay with ceramic professor Shin Chul. He had been working with me on the wheel twelve hours a day. My hands would bleed from the crisp January air mixed with the friction of the gritty stoneware. Chul would look at many of my pieces and say one of the few expressions he knew in English, “No good.” Now, we had been chopping oak and pine for the past sixteen hours and I looked at him and asked, “No good?” 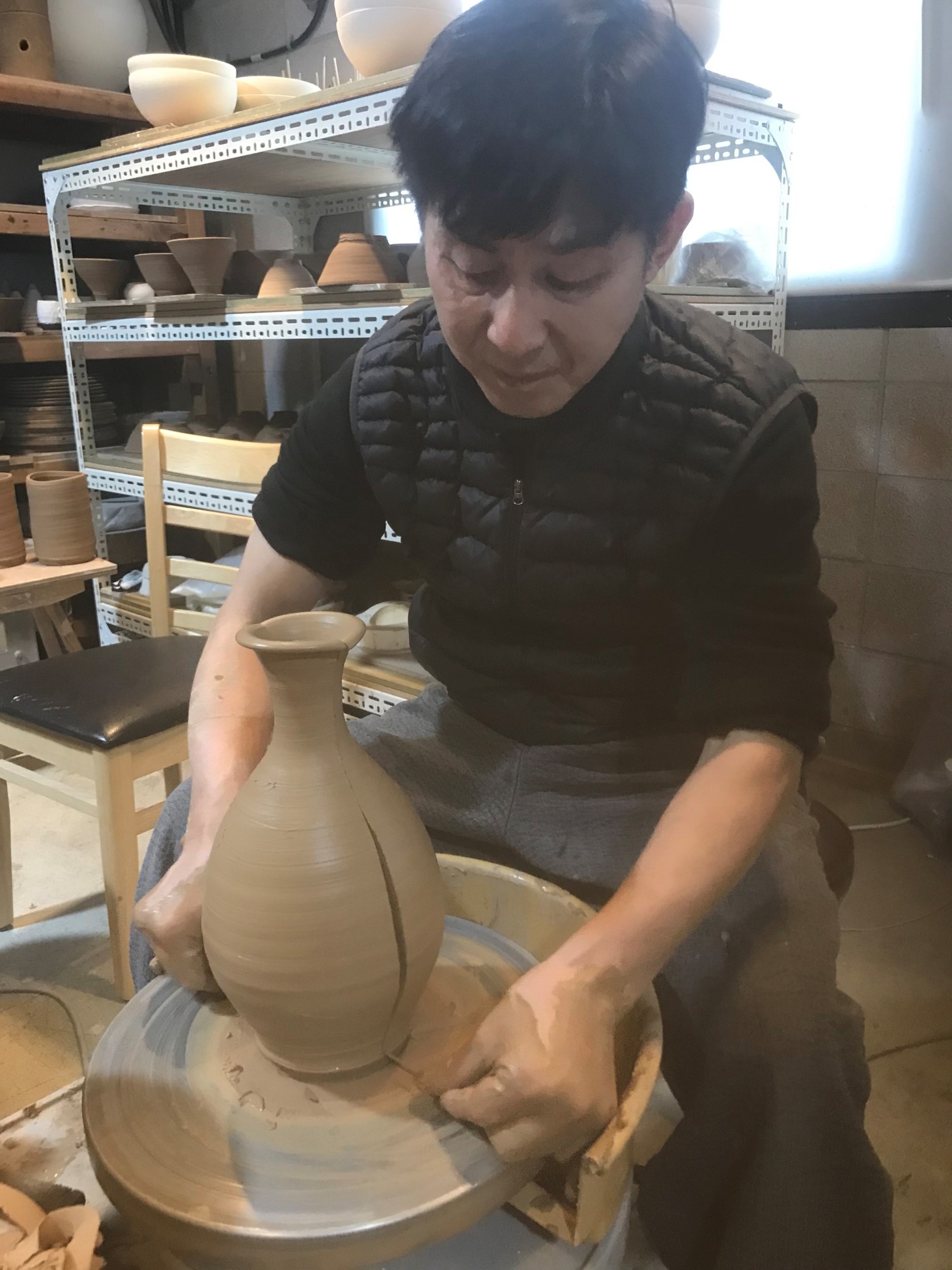 Chul lives in the pottery paradise that is Ye’s Park. This community of over one-hundred-eighty ceramic artists was developed in 2016 to help celebrate South Korea’s deep clay history. With government planning and inexpensive financing, artists moved from all over South Korea into beautiful studio spaces, galleries, and residences to showcase their mastery of the craft. I initially reached out to the Korea Ceramic Foundation, which coordinates the annual Icheon Ceramic Festival and the Korean International Ceramic Biennale. They put me in touch with Chul, mentioning his tenure as a ceramic professor at the esteemed Dankook University, his wood kiln, and his love of moon jars. The caveat was that he did not speak much English. My lack of Korean did not dissuade me as I downloaded another translation app and confirmed my attendance. 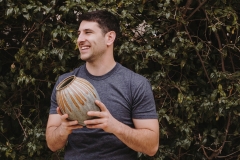 Jesse Golden is a full-time ceramic artist and pottery teacher based in Boston, Massachusetts, who operates J.G Clay. He has a BA from the University of Maryland, College Park, and has been a student of the craft for fifteen years. Building his first studio in Los Angeles in 2016, he began teaching and selling his work, eventually pulling away from the corporate marketing rat race.

His aesthetic can be described as modern minimalist, leaving exposed clay to reveal the beauty of the rich material. Golden believes there is an innate human attraction to clay, and he enjoys seeing students of all genders, colors, and ages falling in love with the craft.