The United States is a mosaic of cultures where immigrants and first-generation Americans participate in traditions brought here by their ancestors. Both groups diversify the cultural landscape of our country and promote an understanding of the importance of diversity through their unique heritages.  As both a first-generation Asian American and multigenerational Caucasian American, I am interested in the perceived boundaries of employing one’s heritage as a contemporary aesthetic. My ceramic work, which is mostly blue-and-white porcelain, has often been read as Eastern-influenced. I often wonder if these interpretations are derived from the visual historic reference of my color palette or from my last name. 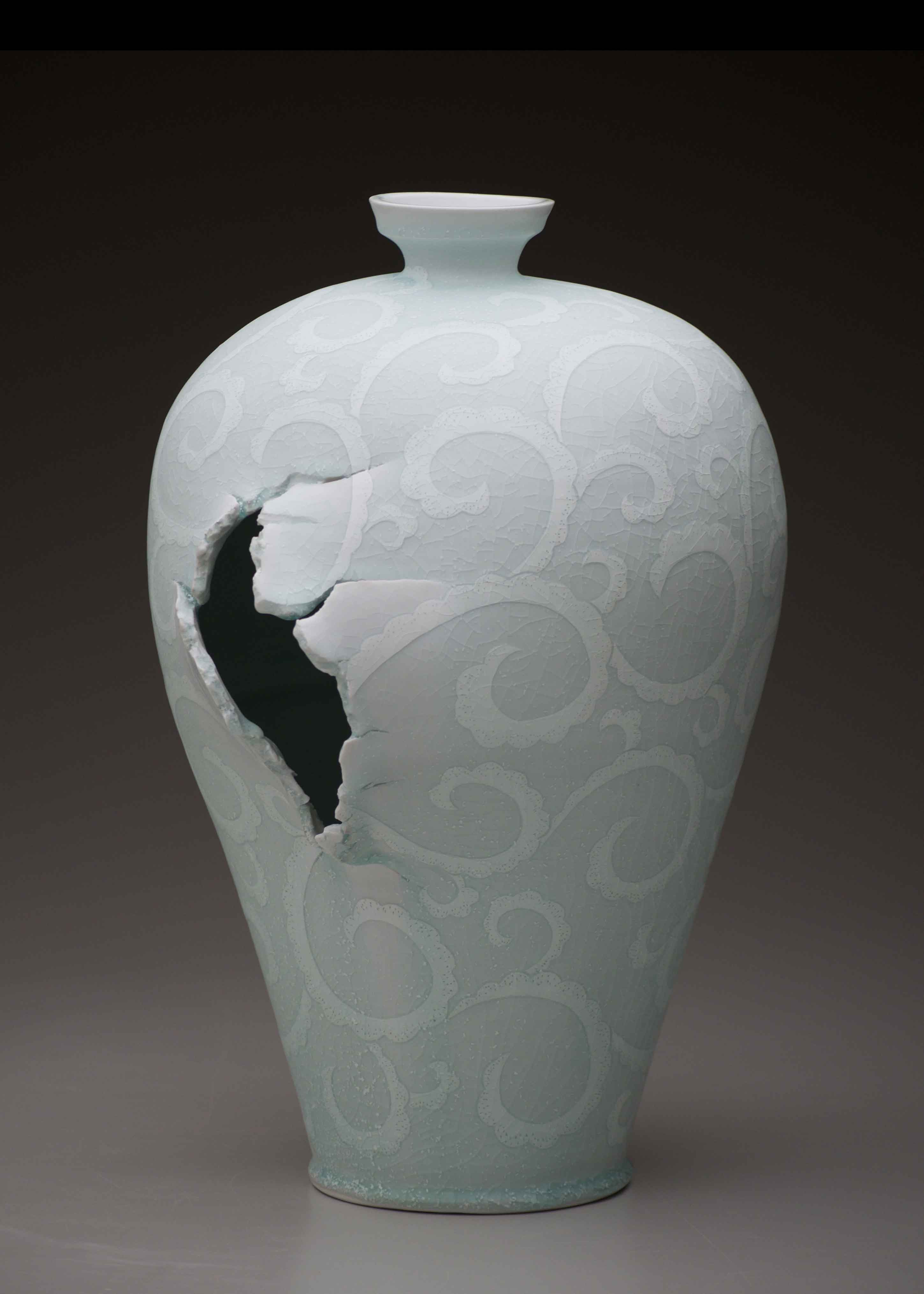 These thoughts have always been on my mind, but I hadn’t verbalized them until a fortuitous first meeting with Steven Young Lee. After we had exchanged pleasantries, Steve asked, “What’s your ethnicity?” I’ve always found this question bothersome: when I answer, I see the person’s disbelief and letdown because their preconceptions are not met. My life suddenly turns into nothing but a pin-the-nail-on-the-globe game. Coming from Steve, though, the question didn’t seem accusatory, as it often does, and in it I found an unspoken camaraderie. I asked him if he had ever felt a conflict with the use of Asian aesthetics either in the United States or abroad. I was curious to know if native Asians had a different perception of his work than Westerners, and if Westerners understood his historic references. Steve, a Chicago-born Korean, saw that we had similar lineages as Asian-Americans and asked, “Is there a public perception that heritage gives birthright to access?” His artist’s statement elaborates on this topic more poignantly:

Growing up in the United States the son of immigrant Korean parents, I am often situated between cultures, looking from one side into another. Living and working in metropolitan centers such as New York, Chicago, Shanghai, Seoul, and Vancouver as well as the rural communities of Alfred, Jingdezhen, and Helena has raised questions of identity and assimilation. I have experienced being an outsider in the country of my heritage and being one of a minority of Asians in Montana. My work allows me to re-interpret and confront questions of place and belonging. Having begun my artistic career learning Asian pottery techniques in a Western educational system, I am also continually investigating the sources and ownership of cultural influence. 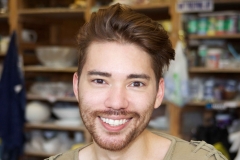 Adam Chau holds a masters in design from the School of the Art Institute of Chicago, and maintains a studio practice based on research of how digital technologies can be combined with traditional craft. Adam exhibits his work and curates exhibitions nationally, and has written for several publications. Contact him at info@adamchau.com.