Resting on a kaolin-covered hand, an unfired kaolin test ring, the purest wild kaolin Williams has found in New Mexico.

The Floor of the Sky

“Clay is a very interesting and fundamental material: it's earth, it's water, and - with fire - it takes on form and life.”1 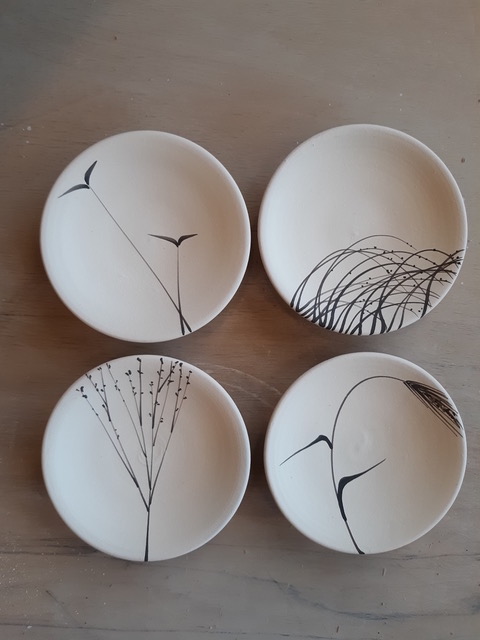 Betsy Williams, a native Georgian, knew that New Mexico was where she wanted to set up her home and studio practice. She was familiar with the land, having spent four years as an undergraduate at St. John’s College in Santa Fe. After working at a Japanese bank in New York City for almost five years, a twist of fate led her to spend the next four-and-a-half years as an apprentice potter in Kitahata, Japan, under master Yutaka Ohashi. Emerging from the apprenticeship, Betsy knew the next step was to establish her practice in New Mexico. She bought undeveloped acreage in a private holding nestled deep in the Carson National Forest in northern New Mexico and built a home; met and married her partner, stone sculptor Mark Saxe; constructed her wood kiln; and established enbi studio. Later, with her husband, she opened Rift Gallery. She is widely known for her woodfire ware and the tiny plates that she decorates with brush work capturing intimate glimpses of nature. But now she is re-inventing herself as a seeker of wild, high-fire, New Mexican clay.

Because of her work in the upper temperature ranges, it had always been in the back of Betsy’s mind to look for high-fire clays in New Mexico. The pandemic provided the impetus. New Mexico is known for its extensive and rich history of indigenous pottery made from wild earthenware clays, but relatively little research has been done into the high-fire clay deposits in the state. And because most deposits of high-fire clay in New Mexico are small by industry standards, neither have they merited commercial exploration. With the lockdowns, deadlines for shows and sales were cancelled or completed; most of the galleries representing her work were closed, including her own, Rift Gallery. It seemed somehow ridiculous to her to keep doing the same thing she had done pre-pandemic. 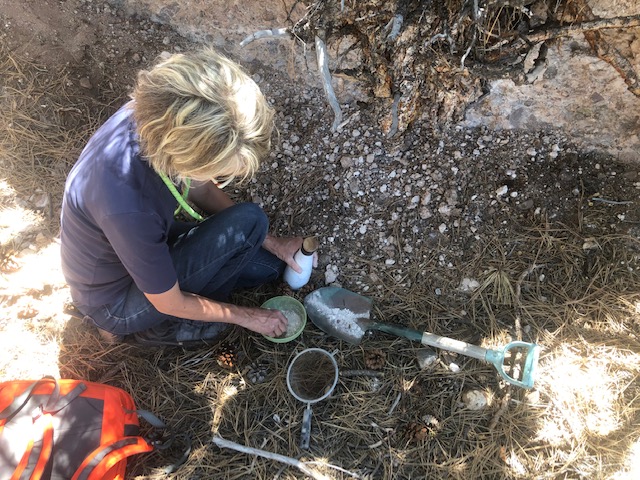 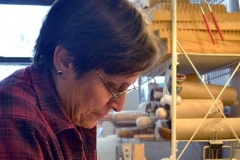 Marion Angelica is a studio artist and teacher at Northern Clay Center in Minneapolis, Minnesota. She began her ceramics career in her twenties, then took a hiatus to raise a family, and to work in academia and nonprofit consulting. She returned to the studio full-time eight years ago. In that time she ran a program for the Minnesota Women Artists organization, which brought women artists together to share their experiences. She received a Jerome Foundation Emerging Artist award, multiple Minnesota State Arts Board Artist Initiative grants, and The Mt. Holyoke Fellowship award from her alma mater in South Hadley, Massachusetts. With the support of these awards she has studied the high desert in New Mexico, working in the Santa Fe Clay studios; explored a variety of porcelain clay bodies; and most recently, with an award in 2017, she participated in a residency at the Pottery Workshop in Jingdezhen, China. She has been a contributing writer to Studio Potter, Ceramics Monthly, Pottery Making Illustrated, and the American Craft Council blog. Her work has been represented in galleries and exhibitions across the country, including Pewabic Pottery in Detroit, Lillstreet Gallery in Chicago, and Contemporary Craft in Pittsburgh, Pennsylvania. To read a wonderful narrative of her creative journey in clay visit her bio on her website.