Detail of dragon, painted in cobalt by Chris Garver on a vase thrown by Risa Nishimori at her New York studio Togei Kyoshitsu.

In Conversation with Chris Garver

Growing up, Tattoo Magazine and National Geographic were the two magazine subscriptions delivered monthly to my dad without fail. No one in my family had a tattoo, but we would read and learn about them regularly.

Today, I follow tattoo artists on Instagram, have many more friends and family members who have adorned themselves with ink, have seen my fair share of Ink Master, and am still intrigued with the traditions, ideas, and imagery of tattooing. Similar to ceramics, tattooing is a consideration of permanence. With a tattoo one is trying to represent forevermore a moment or memento. In ceramics we are creating objects that will last generations beyond our own. With the time-honored traditions of ceramics and tattooing we continue reinterpreting imagery and objects from the past. It is through this repetition and reimagining that ceramic forms and tattoo iconography are updated – as relevant today as they were in the past. 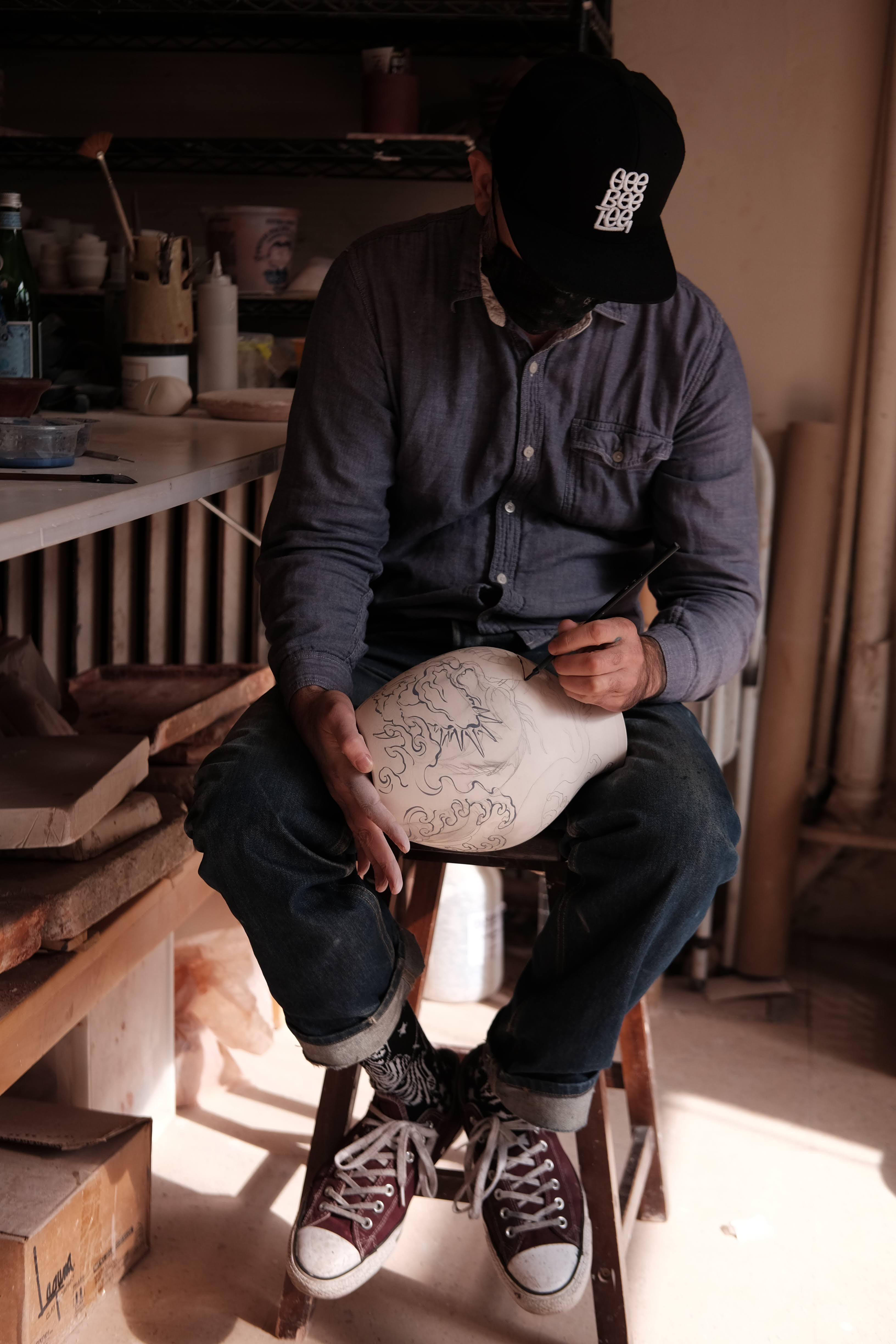 In my recent conversation with Chris Garver, we talk about his thirty-plus year career as a tattoo artist, what led him to start drawing and painting traditional tattoo imagery on pottery, and some of the differences and similarities between the artforms. Garver is a tattoo artist who lives and works in Brooklyn, New York. Originally from Pittsburgh, he made his way to New York through university studies at the Art Institute of Chicago and then the School of Visual Arts in New York City. But his path toward a career in tattooing began as early as high school.

Chris Garver: I got into tattooing by getting them. When I was in high school, most of my friends were probably about four years older than I was. They started getting tattoos through the music scene or skateboarding. I would go with them and watch them get tattooed. I started drawing their designs. And I think the tattoo artists assumed I was as old as they were. I was sixteen when I wanted to get a tattoo. At that point, I thought, this is the coolest thing ever. This guy [tattoo artist] is hanging out in this awesome place filled with wild art. People just come to him and he doesn't have to get up early, you know? It was an appealing lifestyle. That's what I want to do. 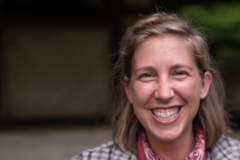 Lindsay Oesterritter is currently a full-time studio potter in Manassas, Virginia. She is also a co-founder and organizer of National Clay Week and member and co-founder of Objective Clay, online organizations aimed at building and educating the ceramics community. She is a board member of Studio Potter and co-organizer of the Southern Crossing Pottery Festival, held in her hometown of Louisville, Kentucky. In 2020 she published her first book, Mastering Kilns & Firing. She earned her MFA from Utah State University in Logan. She held the position of assistant professor of ceramics at Western Kentucky University (2009 – 2015) and earned associate professor in 2015. Lindsay had the fortune to be a resident artist at Arrowmont School of Arts and Crafts in Gatlinburg, Tennessee, and at Strathnairn Arts Association, Australia. She has had the opportunity to lead workshops, curate exhibitions, lecture, and exhibit nationally and internationally, and is continually inspired by the craft community.