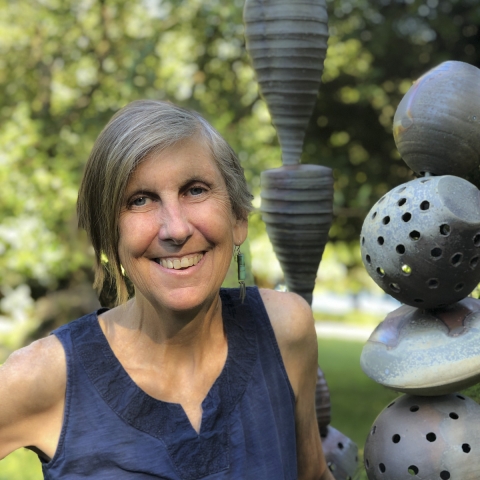 Catherine White has lived and worked since 1988 in the rolling hills of Warrenton, Virginia, one hour west of Washington, DC. Her clay work is intertwined with a daily practice of drawing and painting. Work is fired in both an anagama and a gas fire kiln, often abstractly referring to the landscape through the use of raw materials that she collects and manipulates. She has had commissions for state gifts from President Obama and Michelle Obama. She is represented in both the Renwick and Sackler Galleries of the Smithsonian. White taught at Washington, DC's Corcoran College of Art + Design for many years. She has had yearly commissions from Omen-Azen since 1982, a Japanese restaurant in New York City, celebrating its fortieth birthday this year. White grew up in New York City, studied painting in Aix en Provence and has an MFA from Antioch University. 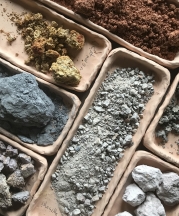 There Is A Thread
An intimate sense of materials allows a place to influence my work and to fix the unique nature of a place into my memory.
Read More