Book Review: A Search for Relevance 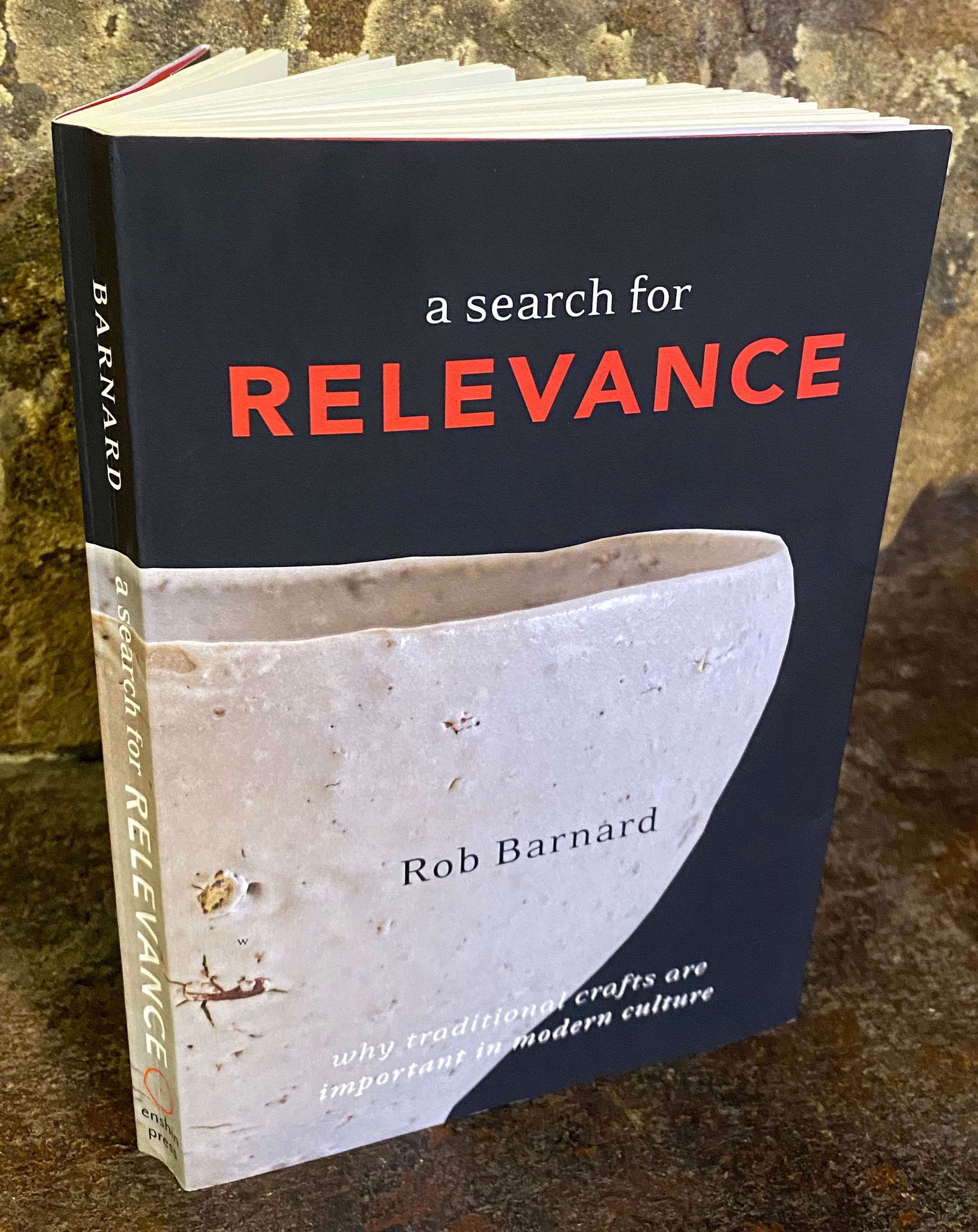 Shenandoah Valley potter and writer Rob Barnard’s collection of essays from 1987 through 2014 are compiled in his new book A Search for Relevance. The book revisits some of Barnard’s past writings dealing with the philosophical aspects of being a potter and what it means to dedicate oneself to the craft. The book itself is the epitome of grace, with photographs of Barnard’s work before each chapter, which incorporates large portions of white space and gives the pages a respectful and solitary beauty.

Divided into five sections with an additional chapter of interviews, Barnard’s writing, both accessible and specific, explore his perspective on craft versus fine art across the decades. He engages in his own journey to retrace his path in a “search for relevance” as a potter looking for meaning in a world that seemingly tends to overlook pots, cups, and tea bowls. At times it feels like a battle against the academic art world, where graduate students are asked to push the envelope and extend beyond their comfort zone. At other times, it is a love letter to his time spent in Japan, a time that influenced his work ever after.

In his pursuit for meaning, Barnard leans on various writers, artists, and philosophers, including one from Joseph Campbell’s The Power of Myth where Barnard concludes, “… to address the mystery of what it means to be human through use … to communicate this idea of mystery by a potter that can seemingly give a mundane object like a cup … a previously inaccessible area of awareness.” He points out that it is only through use the innate element of an object can be not only seen, but touched, held, and perhaps even tasted. It has been said many times that functional ceramics is intimate, and no more so than when lips touch the edge of a cup or a bowl is cradled close to the body. 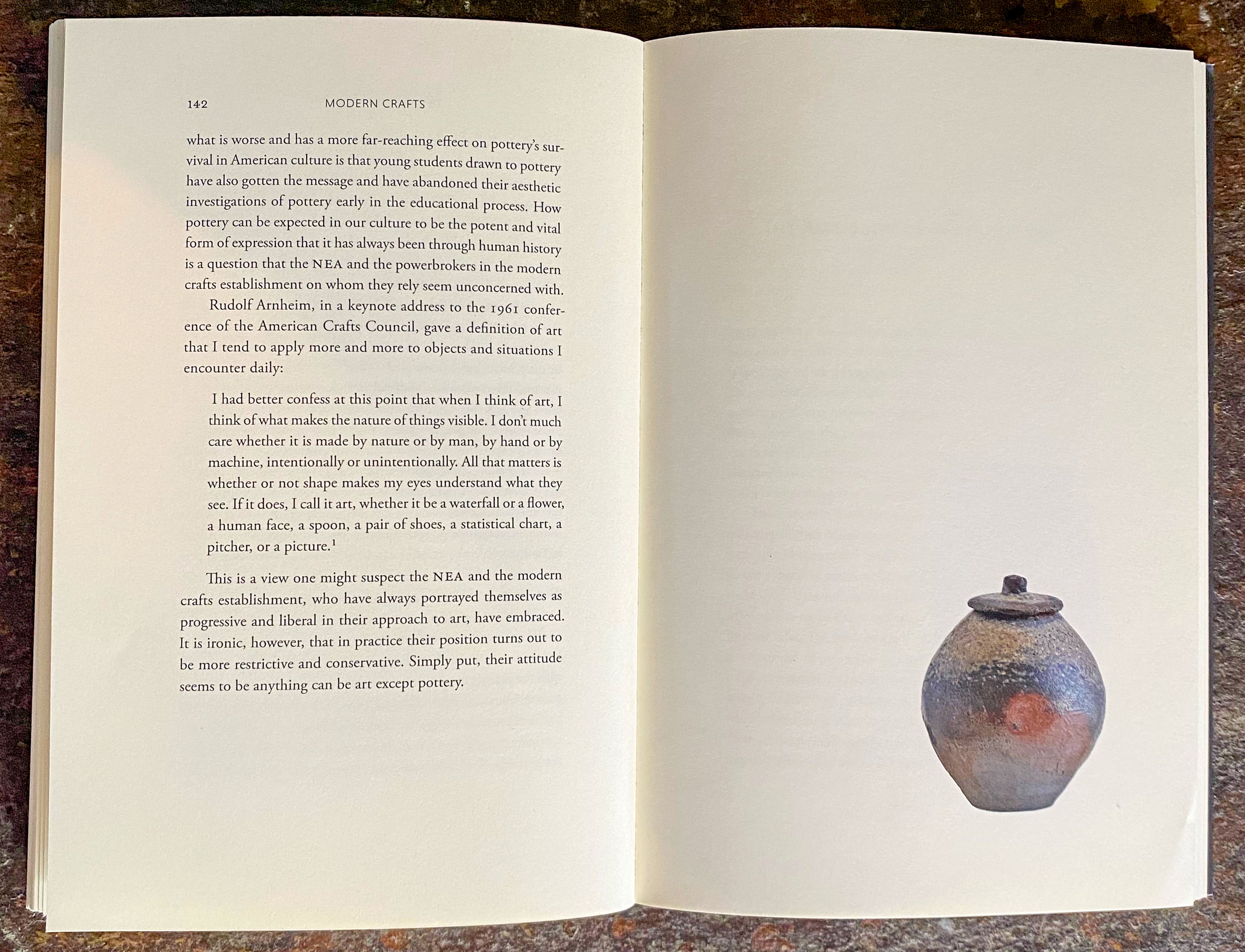 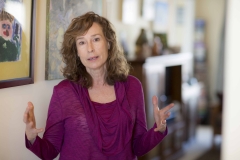 Michele Corriel earned her Master's Degree in Art History and her Ph.D. in American Art, and is a nationally published freelance art writer. Her upcoming book The Montana Modernists, published by Washington State University Press is slated to be out this fall.