2°C.  It could be the difference between a vase that dons a gem of transparent green, perfectly pooled just above its foot, and one that when pulled from the shelf has a sharp, mangled base, leaving its disappointed maker with a shelf to grind and a new addition to her shard pile. But maybe 2°C rings a bell for you that is more along the lines of global carbon budget? If you’ve been spending too much time in the studio without NPR, let me help you chime in: this budget defines the total amount of carbon dioxide that humans can emit into the atmosphere and still keep global warming below 3.6 degrees Fahrenheit, or 2 degrees Celsius.

On December 12, 2015, as I was finalizing the articles in this issue, The New York Times reported that at the World Climate Summit in Paris “representatives of 195 nations reached a landmark accord that will, for the first time, commit nearly every country to lowering plant-warming greenhouse gas emissions to help stave off the most drastic effects of climate change.” The agreement is a baby step in the right direction, even if it seems agedly cantankerous, like one Baby Herman (Who Framed Roger Rabbit) would take. The crisis seems to still be in its infancy, but it is clearly not. Forty-one years ago, a little grassroots journal for studio potters published an “energy” issue including this message from the editors: “For potters one thing is certain: change and adjustment are ahead. Easy riding on an exotic variety of fuels and raw materials is at an end. The high cost of oil and gas, the scarcity of potash spar and zinc and copper – these are signs along the way. While proposals aren’t solutions, we hope these efforts will start a dialogue on what’s happening to us and what to do about it.”

It’s no coincidence that June 1974 issue featured an entire section on alternative fuel sources for kilns (including solar power and methane gas from organic waste), immediately following a foreign oil embargo. And it is no coincidence that this issue on sustainability went to press just after world leaders came to an agreement about climate change.

As readers of SP, you are part of the population that has the auspicious burden of making choices that affect our environments both local and global. But you are most likely already part of an anti-waste, pro-local culture and conscientious about your resources. In her foreword to Sustainable Ceramics, by Robert Harrison (Bloomsbury, 2013), the late Janet Mansfield wrote, “The practice of craft is perhaps the most sustainable of all the arts. The work is timeless, made to last, often cherished and passed on through generations in the family. Materials are not wasted, but recycled, toxic materials are avoided, disposable products are not favoured.” Her statement proposes two different definitions of sustainability. In this issue, Suzanne Staubach amplifies the first – the endurance of ceramic objects throughout history – in a personal account of her heirlooms, and Jonathan Mess tackles the second – material resources – in explaining how he uses waste as his prime medium for making.

The dialogue within the following pages delves even deeper into this subject. How we think and feel about ourselves, and the relationships we build, or break, have a ripple effect on our economic health and our environmental choices. A death in the family, a divorce, the loss of a job or a major client, a kiln catastrophe, or a new physical disability can easily make separating the paper and plastic from the rest of the trash seem inconsequential, or purchasing a hybrid vehicle no longer an option. But, as Christa Assad shows us, it can also be an opportunity to reengineer personal and environmental sustainability as one and the same, making it the driving force of an artistic practice, not a mundane task within it.

In addition to Staubach, Mess, and Assad, twelve more authors define sustainability in their stories of “what’s happening to us and what to do about it.” The Studio Potter organization has its story, too. The ebb and flow of economics and technology make sustainability a force to be reckoned with for an independent, nonprofit publisher in a niche market. As we digitize, add new programs and staff, and reimagine how SP can serve our community, we strive to make a case for the viability of print publication. The print issue of Studio Potter is printed on responsibly sourced recycled paper, and every issue can be passed down to the next generation, just like the pots from your kiln that escaped an extra 2°C. 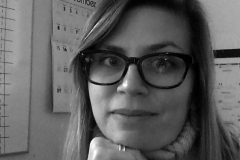