On the day I sat down to start writing this talk for the American Pottery Festival, I received a surprise package in the mail. It turned out to be Medium as Metaphor, a book documenting the 2011-2012 exhibition series at Greenwich House Pottery. The goal of the series, according to the accompanying letter, was to "encapsulate contemporary ceramic studio process." Flipping through the book, I saw images of installation pieces, often with ceramic components, but nothing that resembled pottery. This struck me as odd: the central activity of Greenwich House Pottery for over 100 years has been to teach pottery classes. It is where I took my first class as an adult and where I more recently returned as a teacher. I love Greenwich House, but how can contemporary studio process not include pottery making? The main questions that I want to think about here stem from this issue of the invisibility of pottery.

What changes have we experienced in the field of studio pottery over the past fifteen years? How do we situate the dynamic and varied practice of making pots in a "post-studio" and "post-disciplinary" moment that seems to call for a different approach? My goal is less to reach a particular conclusion than to try to think through the current situation and understand some of the structures by which it operates. Fifteen years is a useful time span for thinking about changes in studio pottery. It reflects my own years of engagement (I was a full-time potter from 1995 to 2010), but more importantly it seems to delineate a generation: the people I started out with are now mid-career and occupy leadership positions. Fifteen years also connects back to the generation that preceded us and comprised many of our teachers. In preparation for writing, I talked to about ten people - mostly potters of various ages, but also others - about what they perceived as shifts in the landscape of making pots. I make no claims of scientific accuracy, but with their help I identify what seem to be four main changes.

Pots now are more diverse and visually sophisticated than ever before. Studio pottery is bursting with makers, engaged with a huge range of materials and processes. An increasing number of ceramics centers, galleries, stores, and online venues showcase this work; residencies and international opportunities abound. MFA programs have produced a corps of thoughtful, well-educated makers. The digital revolution has fundamentally changed the way we access and manipulate visual information. Within our hermetic world we are thriving, and yet we seem invisible in the larger culture.

The marketplace has fragmented. In the mid-1990s there were a handful of ways to sell pots: studio sales, wholesale, craft shows, and galleries. The marketplace in 1995 had grown directly out of structures set up mostly in the early 1980s. It was larger for sure, but the paradigms in place for my teachers still applied to me when I was getting started. This is no longer true. Potters setting up today cannot ask people like me what we did. It doesn't matter. I am not even sure to what extent people interested in making pots today form the aspiration to be studio potters.

In the past it was often enough simply to make pottery and find a market for it. Not any longer. Now we recognize that we are represented not just by the individual pots we make, but by our larger presence in the world and in the field. Think of the myriad potters who run galleries, record podcasts, maintain blogs, travel internationally as teachers, design for industry, etc. Having a varied professional and artistic life is not new, but it seems to occupy a larger place in our lives and identities now.

4. End of the Romance

Many people entering the field in the mid-1990s and earlier, myself included, often invested in romantic ideas about what it meant to be a studio potter. Hand production was an antidote to industrial meaninglessness: we linked ourselves, consciously or not, to the idealism of both the Arts and Crafts movement and the Progressive Era. This seems less true now: we "anti-moderns" have largely integrated into the digital revolution rather than resist it. To the extent that we are oppositional, we enact this using many of the tools of the dominant culture: Instagram, Facebook, virtual galleries. Studio pottery is on the fringe of the culture more by circumstance than by design.

The romanticism embedded in this earlier idea of pottery had largely to do with authenticity. Handmade pots were authentic because they represented something more real or genuine than the alienated suburban culture so many young potters grew up in. Craft stood as a material representation of an entire spectrum of values. What authenticity can look like and what it means have shifted. Authenticity is still at play, but we no longer look for it in our affinity to certain historical modes, in how we present ourselves as makers, or in what kind of kilns we fire. Authenticity has shifted from being fixed to being relative. We now have "sites of authenticity" rather than a taproot. Fixed authenticity invested meaning in material attributes (reduction glazes, anagama firing, treadle wheel); authenticities reside in the stories and memories we weave around the objects we make and use as well as what they are made out of. Orthodoxies about what constituted "real" pottery were weak in the 1900s; by now they are virtually gone.

It seems to be connected to postmodernity, meaning in this context the recognition (thanks to feminism, post-colonial studies, queer theory, etc.) that hierarchies of value are not absolute; we construct them. Male is not better than female; painting is not better than pottery; anagama is not better than Imari. We don't, though, all agree. Paintings are valued more than pottery. And the logical extension of totally relative value is extreme: do we get rid of the whole idea of cultural heritage? Hierarchies have shifted, but we live on the cultural and institutional legacies of our ancestors.

The question of re-ordered hierarchies connects to the issue of institutional visibilityraised by the Greenwich House catalog. A more salient example of studio pottery's invisibility is the Renwick Gallery's recent exhibit 40 Under 40: Craft Futures. Highlighting "the most engaging work of this generation," it included nothing that resembled pottery (excepting, kind of, Theaster Gates). If we have such a vibrant and diverse pottery culture, how does it become invisible at the premier exhibition of craft? Curator Nicholas Bell identifies recent trends in studio craft, such as post-disciplinarity, the move toward performance, and the integration of digital technologies, and attributes them to the emergence of postmodernity, seeing the younger generation of makers as uniquely equipped to engage with it. Bell's observations may be correct, but he places the Renwick outside of the postmodern re-ordering of hierarchies. The unstated premise of the show is that the museum has the authority to identify what is important and what is best in the field. While studio practice operates amid the dissolving boundaries of media and subjectivity, the Renwick exerts an authority that seems to stand above postmodernity: conventional hierarchies of power are, indeed, in effect. Studio pottery is invisible in these contexts because it does not meet the institutional demand for spectacle. Studio pots are not bad or less complex than other work; rather, they operate at a register that institutions such as the Renwick do not perceive. Artist, theorist, and activist Guy Debord argued in the 1960s that we live in a spectacle-driven society; I think he was right. There is virtually no way that a curator at the Renwick could argue that studio pottery is among the most engaging work of this generation, because it does not fit the definition of "engaging" that the Renwick itself devises.

Have hierarchies of privilege, in fact, been dismantled? Does "post-disciplinarity" describe a condition of freedom or does it simply reaffirm the priorities of cultural institutions? The Renwick is deeply embedded in the power structures of global capitalism. This may be obvious, but it means that the organization does not simply mirror culture: it creates and validates it, doing so in part according to the priorities of the neoliberal global economy. None of us is neutral; we all have a position. The definition of "engaging" that the Renwick establishes is contingent: it is a proposition, not a fact. How do we respond as studio potters? Who knows. Build alternative institutions? Make more spectacular work? Not care? Maybe the Occupy movement and other radical or anarchic strategies offer possibilities worth exploring. Maybe media theorist Alexander Galloway's notion that a "society of control" has replaced the society of spectacle opens new ways of thinking and making. For me, the first step has been simply to try to clarify why pots drop out of sight in the first place.

The issue of visibility also ties directly to the perennial question of economic viability. The paradox now is that there is a profusion of makers producing complex, thoughtful, and visually appealing work, and yet supporting oneself seeming harder today even than when I got started. Setup costs are much higher than they were in the 1990s or early 1980s: real estate, healthcare, and fuel costs have all increased substantially. The splintering of the marketplace has created loads of opportunities, but it also makes it harder to figure out what to do. Are more studio pots sold today than in 1995 or 1980? We don't have good data that I know of, so I don't think we can really say. My guess, though, is that more of the people making the lovely, complex pots we see in galleries, web sites, and competitions have a harder time getting by than did their peers in the previous couple of generations. I offer no clear conclusions, but I will say that the energy and optimism at the American Pottery Festival were inspiring. So is the handful of success stories such as the St. Croix Valley Pottery Tour, or the support for potters in Asheville, Penland, and Seagrove in North Carolina. But do these constitute a viable field, or the exceptions that prove the rule? Does this differ in any substantial way from earlier economic struggles? If one thing has become clear in studying history, it is that many makers of pots, across the spectrum from individual to industry, have struggled to get by. We'll have to leave these questions as open for now, remembering that as the field of studio pottery changes, the meaning of what we make changes with it.

— Clark, Garth. "How Envy Kitted the Crafts."In The Craft Reader, edited by Glenn Adamson, 445-456. New York Berg, 2010. First delivered as a lecture at the Museum of Contemporary Craft in Portland, Oregon in 2008. 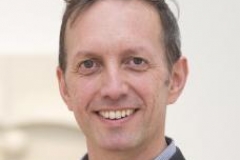 Sequoia Miller is a doctoral candidate at Yale University, New Haven, Connecticut, working on a dissertation exploring the connections between studio craft and conceptual art in the 1960s and 1970s. Sequoia has a Masters from the Bard Graduate Center in Decorative Arts, Design History, and Material Culture. Prior to returning to graduate school, Sequoia was a full-time studio potter in the Pacific Northwest and exhibited, taught, and lectured widely.