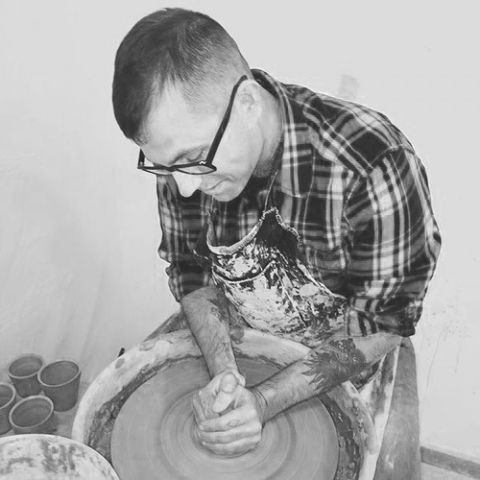 Steve Théberge is a potter from western Massachusetts. He makes  stoneware intended for daily service on the table, shelf, or altar. He shows his work across the country and has exhibited at the Smithsonian Craft Show and Philadelphia Museum of Art Craft Show.
From 1998-2000 he apprenticed to Mark Shapiro at Stonepool Pottery. Following a degree in anthropology and years as an activist in New York City, he spent 2008-2013 training in Zen Buddhist monasteries in the United States and Japan. He was a short-term resident at Red Lodge Clay Center in Montana and an artist in residence at STARWorks Ceramics in North Carolina. He currently maintains a studio in Northampton, Massachusetts. 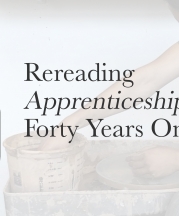 Rereading Apprenticeship in Craft, Forty Years On
The possibility and potential of apprenticeship as a mode of training was of key interest to Gerry Williams, founding editor of Studio Potter.
Read More