In October 2017, Watershed Center for the Ceramic Arts honored Paula as a “Watershed Legend” at a moving presentation in Philadelphia. The following remembrance is excerpted and arranged by Winokur’s friend and colleague Nancy Selvin, from her tribute to Paula at the ceremony.

Paula Winokur was an extraordinary artist; climate change and environmental research were at the heart of her work. Paula cared. Not just about what she made but about what other people made, too. She cared about humanity, about the future. Paula was at once kind, thoughtful, and knowledgably outspoken.

In the 1950s as a student at Tyler School of Art, Paula was introduced to porcelain clays by Professor Rudy Staffel. In the sixty years or so that followed, she went on to transform porcelain clays into an amazing body of work. Notable were the monumental, jagged, and nuanced works shaped from huge slabs of porcelain that serve as metaphors for the calving glaciers and the melting icebergs she saw on her travels in Iceland and Greenland. The clarity of her vision and the intuitive handling of her material are tactile reminders of our eroding environment.

Paula was a delightful conversationalist. In an interview, she laughingly explained:

“Yes, my work has been about nature since the first landscape box…in the mid-80s. […] Sometimes I wish that I could do something else, but I can’t. […] Porcelain is…usually thought of as delicate and transparent. But as the primary clay from which all other clays are derived, it comes from the earth—pure, white, durable. Fired, it can resemble both snow and ice. […] Because of these [rugged] qualities…[porcelain] has allowed me to explore issues in the landscape without making literal interpretations…but rather to present…ideas lurking in my memory.[i]”

Paula was fearless. She trusted herself. She trusted her vision. In the distant past, I was organizing a woman’s exhibition and called her to ask if she would lend work to it. She was very clear: NO! Wow, was I taken aback. Over time, I came to share her opinion that women should not be isolated into gendered exhibitions, that the way to be seen and heard is to have your work in the same museums, the same galleries, and the same history books as men. Paula Winokur pulled that off. Her work is in major museums and collections around the world, from Russia to Texas, California to Jingdezhen, Arizona to Helsinki. When asked how she saw her work fitting into the art historical canon, Paula modestly replied, “I feel like I stay within the landscape tradition.”

In 2008, at my studio in Berkeley, California, Paula and Bob Winokur, her husband and fellow ceramist, each gave presentations as part of my lecture series “From the Studio.” The audience was a large posse of Bay Area ceramists. After Paula’s talk, she whispered to me that none other than Jim Melchert had just told her, “Paula, you are better than you know!” She was thrilled.

Paula’s unwavering generosity to and support for her colleagues and fellow artists drew everyone into her orbit. She had a long, warm friendship as well as a working relationship with her dealer, Helen Drutt (English). As a member of the International Academy of Ceramics, Paula sponsored other artists, bolstering numerous professional careers. For years, Paula worked her social magic as a member of Watershed’s board, introducing her circle of donors, collectors, and curators to the organization.

Artist and University of Washington professor Jamie Walker spoke of her “criticality and passion as an educator.” Paula motivated her students. One student commented on her “stern tone: pushing me, stretching me, encouraging me.” “Great! Now do it again,” Paula famously cheered them on. Hired to teach ceramics in 1973 at Arcadia University, where she taught for thirty years, Paula was honored as Professor of the Year in 2003.

Paula’s family was the emotional anchor in her life. She deeply loved her husband, Bob; she furthered his skills and work whenever she had an opportunity. She often joked about “the wall,” the studio partition that “kept their marriage together: the white side and the dark side.”  She loved her two sons, Stephan and Michael, and bragged about them often. Michael’s film Pieces of String: A Short History of Artist Robert Winokur was awarded the Outstanding Non-Fiction Film of the 2018 Short Sweet Film Fest, Cleveland, Ohio. Michael’s photographs and a video he produced on Paula are poignant and expressive portraits of an artist at the top of her form.

After her death, Jack Troy wrote to me of his high regard for Paula, “whose nature it was not to use her work to draw attention to her person, but to the reasons that motivated what she made.” 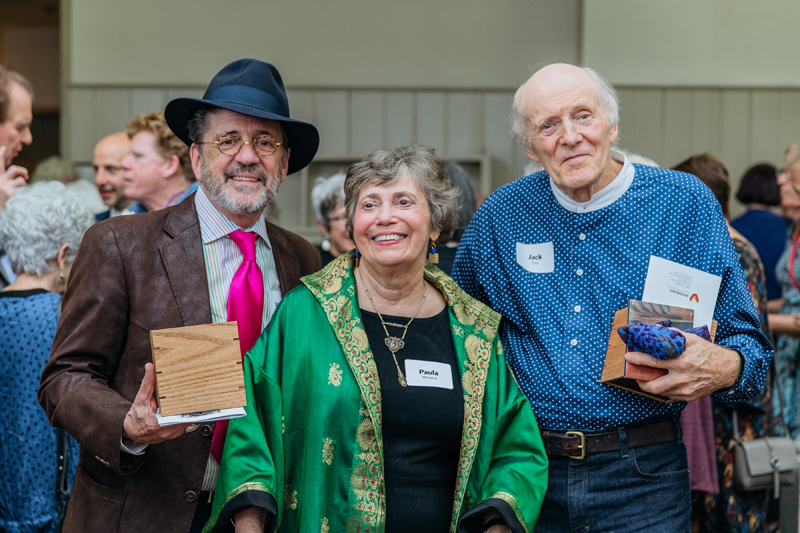 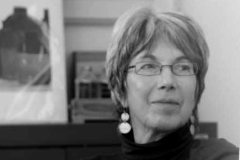 Nancy Selvin lives and works in Berkeley California. She is on the faculty of California College of the Arts (CCA) in Oakland CA. Selvin also serves on the Board of Directors of Watershed Center for the Ceramic Arts in Maine and the AMOCA in Pomona CA. Contact her at nselvin@selvinstudios.com, and follow her on social media @selvinstudios.